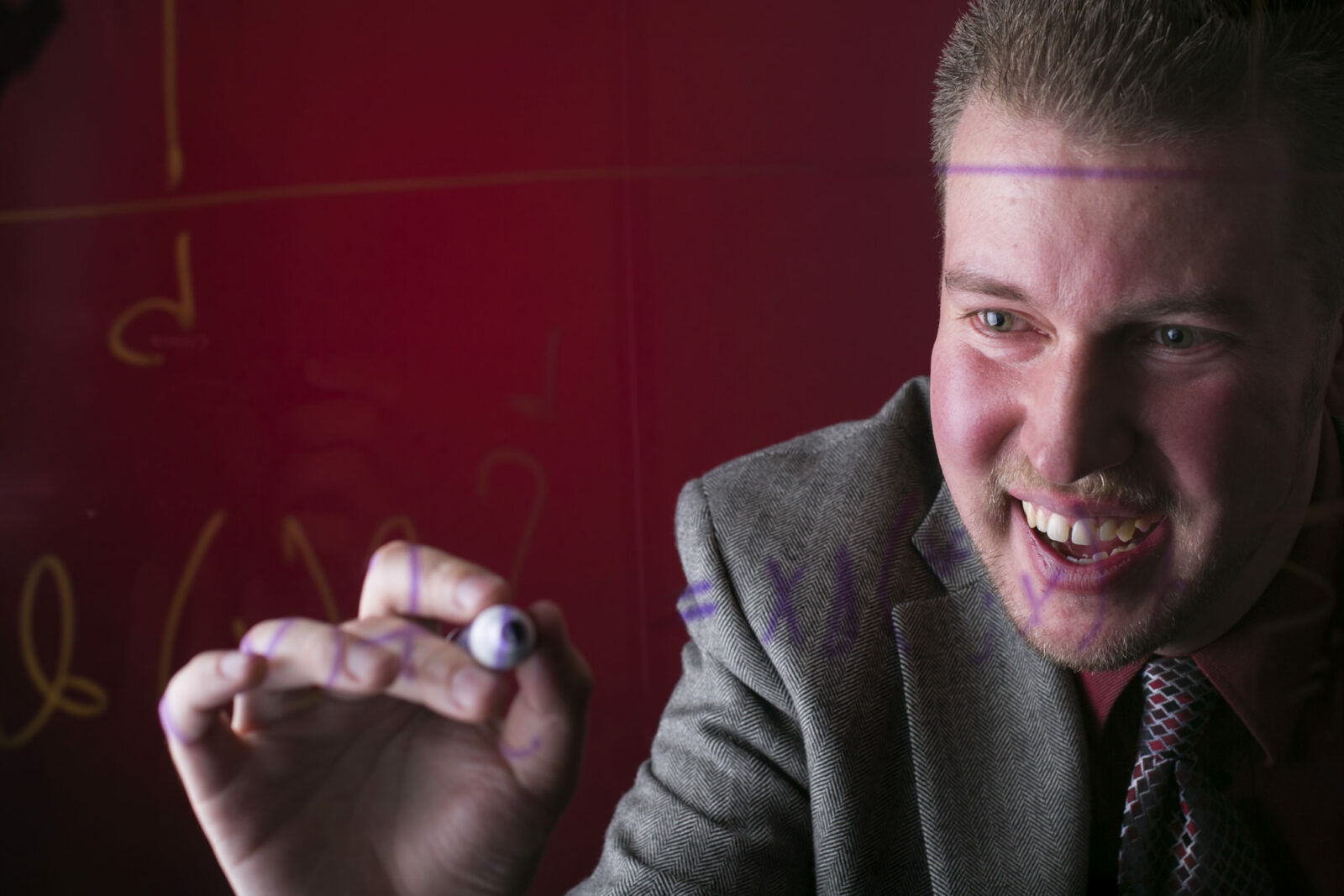 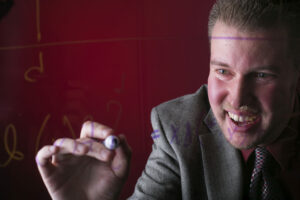 This fall, the mathematics and statistics department at Missouri University of Science and Technology began implementing a multiyear, multistage redesign of its three engineering calculus courses to strengthen student understanding of the subject. Missouri S&T math faculty believe the redesign will increase student success in calculus and subsequent courses.

Paul Runnion, assistant teaching professor of mathematics and a 2005 mathematics graduate of Missouri S&T, is coordinating the redesign of the calculus sequence. Runnion says the redesign will incorporate active learning, provide interested students with an online option and offer an alternate path to success for struggling students.

Over 90 percent of Missouri S&T undergraduates are enrolled in degree programs that require a calculus course.

This semester, students in one section of Calculus I have spent their laboratory time solving problems collaboratively. Traditional calculus laboratories have placed the focus on graduate teaching assistants (TAs) working example problems at the board. The new laboratory design is learner-centered, allowing students to work through guided activities in groups and present their solutions to their classmates.

These lab activities are being developed by Dr. Robert Roe, associate professor of mathematics, and Stephanie Fitch, associate teaching professor of mathematics, who are leading the labs at Missouri S&T this semester to prepare TAs to facilitate the redesigned labs in the spring 2015 semester. Over the next two years, the redesigned labs will also be introduced to Calculus II and Calculus III classes.

The calculus redesign also includes a comprehensive overhaul of the university’s online Calculus III course and the introduction of online course options for Calculus I and II. The online courses will make it easier for students to complete their mathematics requirements while they are away from campus.

The new course structure also allows faculty to identify students who are struggling in Calculus I and give them an opportunity to enroll in a pass-or-fail review course designed to prepare them for success in Calculus I the following semester.

“Students who are doing poorly tend to stay in the class and simply fail it,” says Runnion. “With the planned interventions, they can maintain full-time status while preparing to retake the course at a later date.”

The course redesign aligns with Missouri S&T’s new strategic plan, which calls for the use of technology to enhance student learning.

“This redesign is one of three strategic plan initiatives on campus which are being funded by the four-campus University of Missouri System,” says Runnion. “By making targeted improvements to the calculus courses, we expect to increase student success rates in calculus and, in turn, improve the university’s retention rate.”

On November 5, 2014. Posted in College of Arts, Sciences, and Business, Department of Mathematics and Statistics, Featured, Research, Top Headlines