Posted by Peter Ehrhard
On September 4, 2014 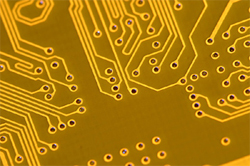 The Campus Art Committee at Missouri University of Science and Technology will host a reception for a fall art show featuring digital pieces by local artists Paula Sanders and Dr. David Summers.

The reception will be held at 6 p.m. Tuesday, Sept. 9, in the Leach Theatre Lobby in Castleman Hall, 10th and Main streets in Rolla. The reception is free and open to the public. Drinks and light snacks will be served during the event, which will be hosted by Luce Myers, lecturer in arts, languages and philosophy at Missouri S&T.

Digital art encompasses 2-D and 3-D art that involves creating images with models. These images can be so real that they look like photographs, says Myers. In addition, digital art can involve creating 2-D and 3-D animations.

“I want our students to see that, regardless of medium, you are working with the same basic artistic principles such as light and composition,” says Myers. “The work gives inspiration to a new digital art class being offered this semester.”

Paula Sanders, originally from New York, is a photographer who has worked throughout New England. After purchasing her first computer more than 25 years ago, she started experimenting with photography software. Sanders has professionally reviewed graphic software for companies such as Adobe, Corel, Cinema 4D and E-on Software. Sanders holds a bachelor of arts degree in sociology and anthropology and a master of science degree in early childhood education. Her works can be seen at perpetualvisions.com.

For more information about the reception or the digital art show, contact Myers at 573-341- 4185 or lmyers@mst.edu.

On September 4, 2014. Posted in College of Arts, Sciences, and Business, Department of Arts, Languages and Philosophy, News, University News