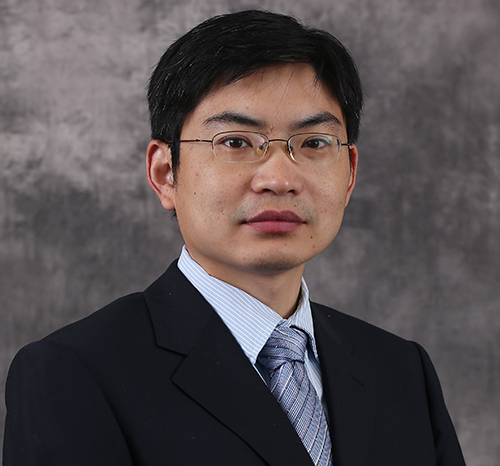 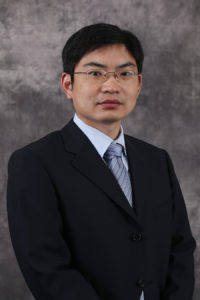 Dr. Zhaozheng Yin, an assistant professor of computer science at Missouri University of Science and Technology, recently received the National Science Foundation’s most prestigious award for young faculty members for his research into developing algorithms and systems for processing microscopy images of biological specimens.

The NSF’s Faculty Early Career Development (CAREER) Awards support junior faculty “who exemplify the role of teacher-scholars through outstanding research, excellent education and the integration of education and research within the context of the mission of their organizations.”

Yin will receive $488,149 over five years to work on optics-oriented microscopy image analysis algorithms for biological discovery. Using time-lapse microscopy images, he can record the movement and division of cells, and track changes in their shape and appearance. 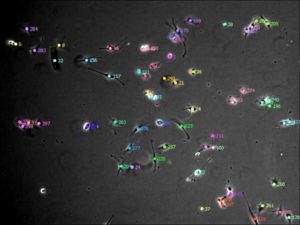 “There is a lot of interest in using a person’s own stem cells to repair an injury – like for a soldier wounded in combat,” says Yin. “Stem cells can be grown very quickly, but biologists need to be able to control the growth of cells and decide whether they should become bone, blood or skin. Our goal is to help biological researchers see the process of the stem cell growth so they can learn from it.”

Using a time-lapse video sequence, Yin tracks and monitors individual cells. “Every time a cell divides it creates ‘children,’ each with its own family tree. It looks like a garden,” he says. “These trees give us a lot of information to compute. An algorithm counts the cells, tracks how fast they divide and when they die.” 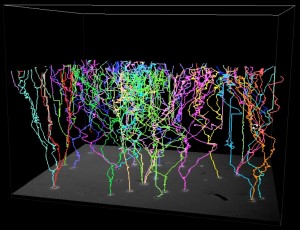 The cell proliferation and movement process is shown in the spatio-temporal domain.

Yin’s first task will be to figure out the physical optics of the microscope.

“I’m looking at a special image formation process that will give me computations for an image model,” Yin says. “The model can be used to develop microscopy image analysis algorithms to process the video sequence.”

Yin says he could detect the segment, cells or nanoparticles inside the cell. Once they are detected, he can track them over weeks or months to obtain the trajectory of the object’s movement and its growing process.

“We will be able to compute any metric the biological researchers are looking for,” he says.

A member of the Missouri S&T faculty since 2011, Yin earned a Ph.D. in computer science and engineering from The Pennsylvania State University in 2009, a master’s degree from the University of Wisconsin-Madison in 2005, and master’s and bachelor’s degrees from Tsinghua University in 2002 and 1999, respectively.