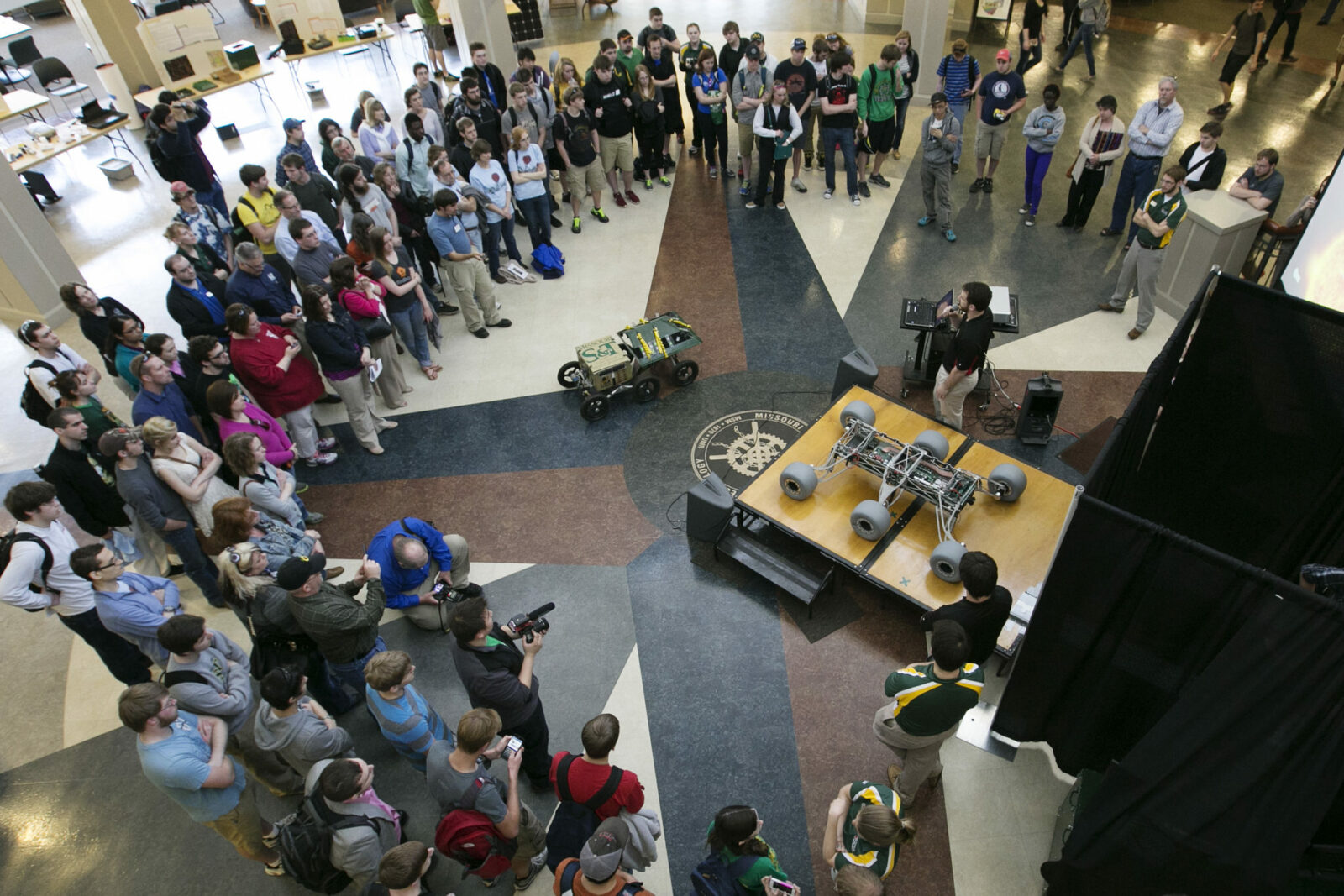 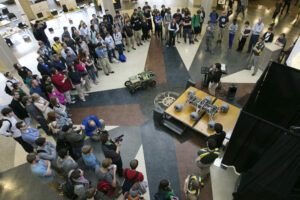 A team of students from Missouri University of Science and Technology will demonstrate the fundamentals of remote robotic travel and task completion as part of a competition that challenges students to design and build the next generation of Mars rovers.

The University Rover Challenge, sponsored by the Mars Society, will take place May 29-31 at the Mars Desert Research Station in Hanksville, Utah. The Utah desert most closely resembles the red, rocky terrain of Mars.

Missouri S&T’s Mars Rover Design Team will compete against 30 other registered teams from around the world.  Countries represented include India, Egypt, Poland, Canada and Bangladesh, in addition to teams from the United States.

The teams will compete in five sections. The students will have two presentation sections, one at the beginning of the competition to explain the design and cost of their rover, and another at the conclusion of the rover events to explain the team’s reasoning behind the decisions it made during the competition.

The three active rover sections include an astronaut assistance task to collect lost tools, a maintenance task to repair broken parts and a science task where the rover must collect soil samples.

Missouri S&T’s Mars Rover, named Phoenix, is a student-designed and -built rover with almost no off-the-shelf hardware or parts. The team developed custom circuitry for the rover, machined the aluminum and carbon-fiber support structure, had the frame cut using water-jet technology at Missouri S&T’s Rock Mechanics and Explosives Research Center and 3-D printed the gears and drill bits used in the rover’s arm.

This is the second year Missouri S&T’s Mars Rover Design Team is competing at the challenge. The team’s advisor is Dr. Melanie Mormile, professor of biological sciences at Missouri S&T. For more information about the competition, visit urc.marssociety.org.