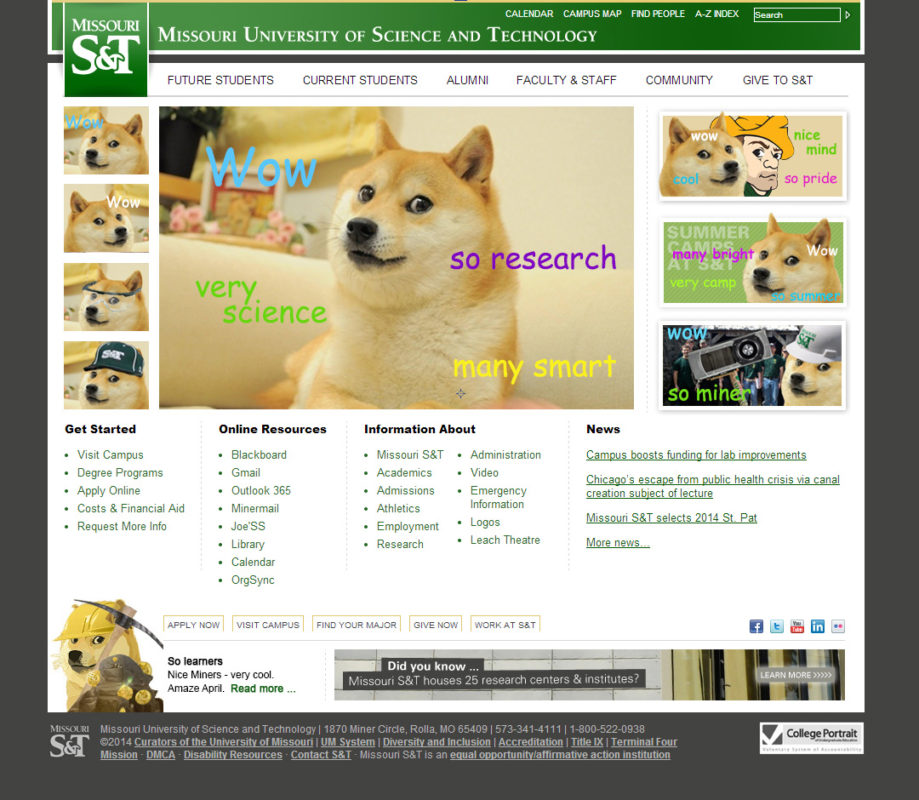 Doge took over the campus website on Tuesday, April 1. 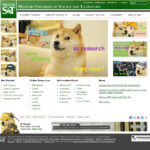 Doge took over the campus website on Tuesday, April 1.

The animal, known online as Doge (pronounced dowj), has gained popularity as an Internet meme in recent months. The Shiba Inu is even popular on Twitter now, as @DogeTheDog. 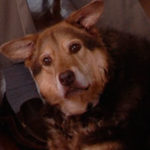 When asked how this Internet meme infiltrated the Missouri S&T website, Chancellor Cheryl B. Schrader deferred to the Schrader family pet, Sydney, who remarked:

Editor’s note: We’ve collected several of the online conversation about this takeover in this Storify presentation.