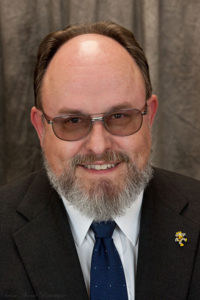 Dr. Steve E. Watkins, professor of electrical and computer engineering at Missouri University of Science and Technology, has been elected chair of Zone III of the American Society of Engineering Education (ASEE). He will serve as chair-elect for 2014-15 and as chair for 2015-17.

Founded in 1893, ASEE is the national organization for individuals and institutions interested in furthering engineering education.

As chair of Zone III, Watkins will serve on the ASEE Board of Directors and will promote, encourage and facilitate ASEE activities at the local level in Arkansas, Missouri, Nebraska, Oklahoma, Louisiana, New Mexico, Texas, Iowa, the Upper Peninsula of Michigan, Minnesota, North Dakota and Wisconsin, as well as Manitoba, Canada, and a portion of Ontario.

Watkins will be asked to identify initiatives to support and strengthen ASEE section meetings and promote zone meetings. He will also coordinate communication among sections to share good practices in regard to student chapter involvement, student paper competitions and industry-government partnerships.

Watkins joined the Missouri S&T faculty in 1989 as an assistant professor of electrical engineering. He was named associate professor in 1996 and professor in 2004. In 2004, he served as the IEEE-USA Congressional Fellow for the legislative staff of the U.S. congressional office of Dana Rohrabacher in Washington, D.C. In 2005, he was a faculty-member-in-residence at the Washington Internships for Students of Engineering (WISE) Program in Washington, D.C.

Watkins is a senior member of the Institute of Electrical and Electronics Engineers and SPIE – the International Society for Optical Engineering and is a member of the American Society for Engineering Education, Eta Kappa Nu, Tau Beta Pi and Sigma Xi. He holds one patent and has authored three book chapters, 48 archival papers and 79 other publications.

He will begin his term of office with ASEE on July 1.