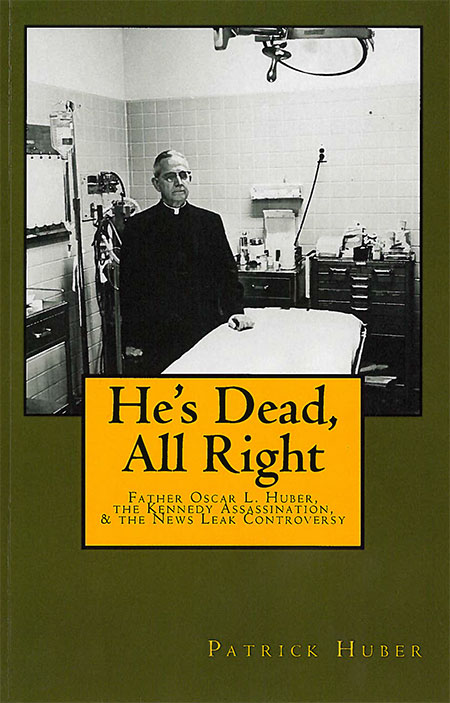 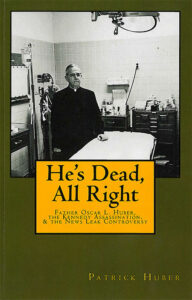 A new book published this fall by a Missouri University of Science and Technology historian commemorates the 50th anniversary of the John F. Kennedy assassination by examining the so-called news-leak controversy – one of the lesser-known mysteries surrounding President Kennedy’s death.

On the day Kennedy was shot, Time magazine Washington correspondent Hugh Sidey, one of a group of reporters who had gathered outside Parkland Hospital in Dallas, claimed two priests left the building and one of them leaked the news of Kennedy’s death before the White House could make an official statement.

Father Oscar L. Huber, the Roman Catholic priest who administered last rites to Kennedy, denied sharing news of the president’s condition. He spent the rest of his life arguing his point and trying to repair his damaged reputation, says Patrick Huber, professor of history and political science at Missouri S&T and a distant cousin of Father Huber.

His book contains an article on Father Huber and the news-leak controversy that originally appeared in the January 2007 issue of Southwestern Historical Quarterly, as well as a biographical sketch of Father Huber and a selection of nine primary documents, including Father Huber’s own accounts of administering last rites to the president. It also includes a series of letters he exchanged with Sidey, who was one of the principal journalists to claim that the priest leaked the news of Kennedy’s death before the official White House announcement.

Although Kennedy’s time of death was recorded as 1 p.m., the White House press secretary didn’t immediately release the news to the public for fear that Vice President Lyndon Johnson might become the target of a second assassination attempt. It wasn’t officially announced until Johnson was safely aboard Air Force One at 1:33 p.m., a full minute after breaking news of Kennedy’s death – quoting Father Huber as the source – hit news wires around the world.

“I had heard stories of Father Huber my whole life,” says Huber, who first got interested in researching the priest’s story as an undergraduate history student at the University of Missouri-Columbia. “I was surprised to find that he figured prominently in many official accounts of the assassination.”

To research the book, Huber used transcripts of interviews provided by the JFK Library as well as Father Huber’s official papers, which were transferred to DePauw University after the Saint Mary of the Barrens Seminary in his Perryville, Mo., hometown closed.

Despite the volume of evidence Huber examined, he found no definitive answer.

“It was frustrating,” Huber says. “I set out to try and prove or disprove the story, but it is one man’s word against another. It is one more controversy surrounding the Kennedy assassination.”

Huber, who earned a Ph.D. from the University of North Carolina at Chapel Hill, joined the S&T faculty in 2000. He specializes in Missouri history, the American South and 20th century U.S. history. He is the author of four other books, including Linthead Stomp: The Creation of Country Music in the Piedmont South, which won the 2009 Belmont Book Award for Best Book on Country Music.