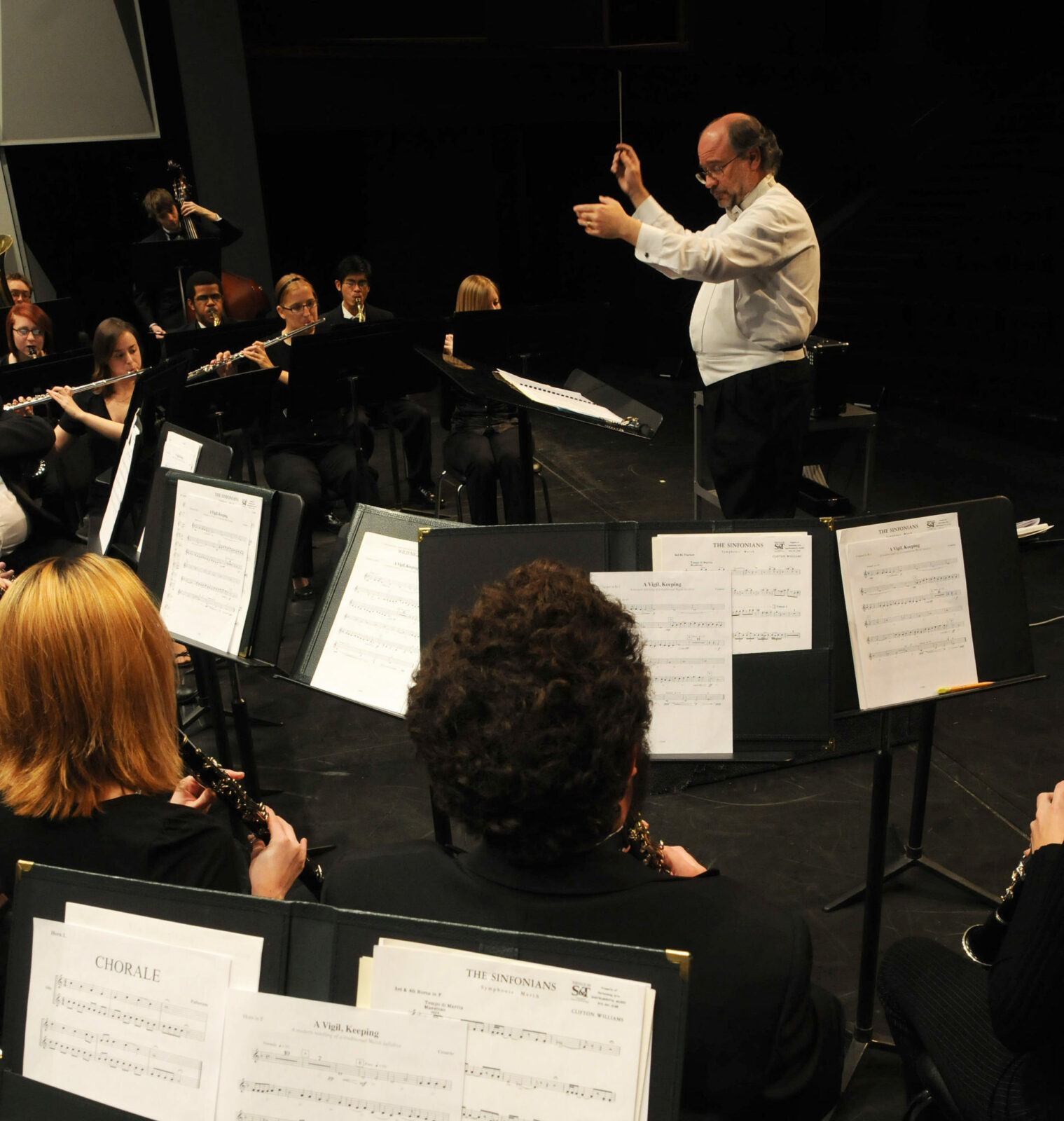 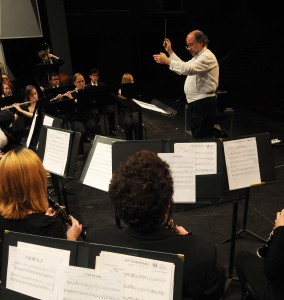 The Missouri University of Science and Technology Symphonic Band and Wind Symphony will perform in a concert on the S&T campus this month.

The concert will be held at 2 p.m. Sunday, Nov. 17, in Leach Theatre of Castleman Hall, 10th and Main streets in Rolla. Dr. Robert Cesario, assistant professor of arts, languages, and philosophy, will conduct the bands.

The Symphonic Band will perform “Bravo” by Robert E. Foster; “Evening Song” by C.C. Scholefield, arranged by Jan de Haan; “The Lords of Greenwich” by Robert Sheldon and will round off their performance with “Last Full Measure (A Gettysburg Remembrance)” by Michael Sweeney.

After the intermission, the Wind Symphony will take the stage with the world premiere of Adam Gorb’s “Bells Across the Atlantic,” followed by the rondo movement from “Concerto No. 1,” by Richard Strauss featuring a horn solo by Matt Halligan, a Ph.D. candidate in electrical engineering from O’Fallon, Mo.

The band will also perform “Sheltering Sky” by John Mackey, “English Folk Suite” by Ralph Vaughan Williams and “The Stars and Stripes Forever” by John Philip Sousa, with a piccolo solo by Emily Wells, a senior in electrical engineering from O’Fallon, Ill.

“The concert is a collection of American and British pieces for the wind band, ranging from the traditional ‘English Folk Suite’ by Ralph Vaughan Williams and ‘The Stars and Stripes Forever’ by John Philip Sousa, to the brand new ‘Bells Across the Atlantic’ by Adam Gorb,” Cesario says.

Tickets are $5 for the general public and free for S&T faculty, staff and students who present a valid campus I.D. and youth age 18 or younger. Tickets may be purchased from 9 a.m. to 4 p.m. Monday through Friday in the Leach Theatre Box Office, located in the vestibule of the main entrance of Castleman Hall, facing 10th Street, or by calling 573-341-4219.

For more information on the concert or Missouri S&T bands, contact Cesario at cesarior@mst.edu, or call the Missouri S&T performing arts office at 573-341-4185.

On November 12, 2013. Posted in Department of Arts, Languages and Philosophy, Events, Performing Arts