‘Volunteer of the Year’ honored at KMST Membership Reunion 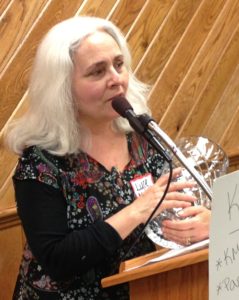 Missouri University of Science and Technology’s public radio station KMST honored Luce Myers as “Volunteer of the Year” at the station’s annual Membership Reunion (formerly membership picnic) that was held April 25 at the Lions Club Den in Rolla.

KMST Station Manager Wayne Bledsoe praised Myers for her work as a pledge drive volunteer and on-air guest host, and for her organizational work on the station’s upcoming 40th anniversary celebration. “Aside from Luce’s volunteer work during our membership drives, she continues to volunteer many hours in the planning of our upcoming 40th anniversary celebration,” says Bledsoe. “She is a great supporter, quality individual and very deserving of this honor.” 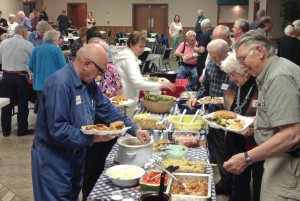