Smaller ant colonies tend to live faster, die younger and burn up more energy than their larger counterparts, as do the individual ants that make up those colonies, according to new research that views the colonies as “superorganisms” in which social insects function much like the cells of a body. 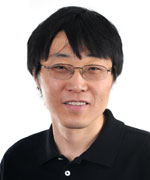 The research, published in the Dec. 23 issue of the journal Biology Letters, describes a new mathematical model that can predict the survival, growth and life span of ant colonies. Dr. Chen Hou, an assistant professor of biological sciences at Missouri University of Science and Technology, is one of the authors of the study and developed the mathematical models used to predict colony growth and survival.

Hou also collected some of the data used for the Biology Letters study, titled “Towards a general life-history model of the superorganism: predicting the survival, growth and reproduction of ant societies.”

In the article, Hou and his colleagues compared the rates of metabolism, growth, reproduction and longevity of individual ants with those same traits for entire colonies. He based his models on Kleiber’s Law, the observation that the metabolic rate for organisms – the rate at which they process and use energy over time – tends to increase at a rate that is to the 3/4 power of that organism’s body mass. Named after Max Kleiber’s biological work in the early 1930s, Kleiber’s Law is also known as “quarter-power scaling.”

The same phenomena holds true at the cellular level, Hou says. Two similar organ cells from two different organisms -a mouse and a horse, for instance – do not use proportionately equal amounts of energy. “The one from the horse needs and uses much less energy than the one from the mouse,” even though both cells have the same purpose and function, Hou says.

Combining data from actual ant colonies with predictions based on mathematical models, the researchers found that body mass and metabolic rates increased at a consistent, nearly three-quarter-power scaling rate for worker ants and queen ants alike, as well as for their colonies.

Based on these findings, the researchers then developed a mathematical model to predict colony lifespan by linking it with colony size, or mass. They found that the larger colonies tended to live longer and use less energy than smaller colonies.

The research is a continuation of a 2010 study Hou and his colleagues published in the Proceedings of the National Academy of Sciences. In that paper, the researchers introduced the idea that insect societies operate like a single superorganism in terms of their physiology and life history.

Other researchers are taking quarter-power scaling and applying it to entire cities, to determine whether they too function as “superorganisms” in some respects, such as energy usage. For instance, says Hou, Dr. Geoffrey West, a theoretical physicist and past president of the Santa Fe Institute, and his colleagues found that “proxies of city energy usage, such as number of gas stations, total length of electric cables and so on, scale sub-linearly with the size of the city,” says Hou.

Hou, an expert in animal energetics, applies similar energy scaling laws to study how animals uptake energy during growth and how they allocate that energy to growth, health maintenance and reproduction. Recently, his focus has been on the effect of food restriction on extending the animals’ life spans.