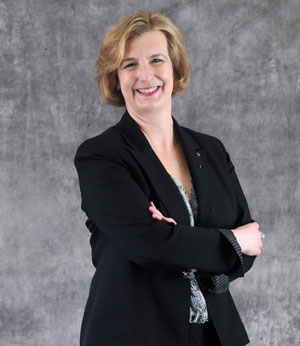 The research could provide new insight into how educators can reduce dropout rates among engineering students, says Dr. Cheryl B. Schrader, chancellor of Missouri University of Science and Technology and one of the authors of the study.

“Our study shows that a service-learning method is significantly more effective in influencing introductory engineering students’ interests, recognition of relevance and satisfaction in learning,” says Schrader. The study also shows that the students who took part in service projects viewed themselves as more capable in specific engineering skills than students who did not take part in those projects.

The study (PDF), which was conducted at Boise State University in 2009 and 2010, appears in the July-September 2012 issue of the Journal of STEM Education.

Schrader was dean of Boise State’s College of Engineering at the time of the study. She and her colleagues offered service-learning projects as part of the coursework for students in some sections of the introductory course, while students in other sections worked on hands-on design projects defined by the instructor.

Of the 214 students enrolled in Boise State’s Introduction to Engineering course during the 2009-2010 academic year, 69 worked on service projects in which they designed and built assistive devices for people with disabilities. The other 145 students worked on other design projects that were more structured.

Both the service-learning and the non-service-learning approaches had the same goal of helping students understand and apply engineering design, modeling and analysis processes, say Schrader and her Boise State co-authors.

The service-learning projects consisted of “adaptive design” tasks in which students modified devices for people with disabilities. They included a door opener designed for a man who uses a wheelchair, a special “education assistant” desk for a girl with learning disabilities and a collapsible cup holder attached to a wheelchair for a vision-impaired person with cerebral palsy. The students working in the non-service-learning sections designed composite beams, bridges and mousetrap cars.

At the end of the course, students in all sections were asked to evaluate their levels of interest in the coursework, its relevance to their education, their confidence in learning and satisfaction with the project. The students were also asked to assess how prepared they felt in five of 11 areas deemed important for engineering students by a national organization, the Engineering Accreditation Commission of ABET (formerly the Accreditation Board for Engineering and Technology).

The survey results show that students who took part in service projects rated themselves higher than their counterparts in terms of their interest in the coursework, its relevance, their confidence and satisfaction. The students who engaged in service projects also rated their engineering abilities higher in all but one of the five categories defined by ABET as critical for engineers.

“It is apparent that the SL (service-learning) method is significantly more effective than the NSL (non-service-learning) method in improving students’ understanding about how their knowledge and skills could help solve engineering problems in the community, and how they as engineers would make important contributions to society,” write Schrader and her co-authors.

Based on this study, the researchers suggest that engineering instructors consider including service projects in coursework for freshmen. While many engineering programs offer service projects as part of a senior-level design course, Schrader believes involving students in such projects earlier in their studies may encourage more of them to continue in their studies, rather than change majors or drop out.

“Service-learning projects show students that engineering is relevant and that engineers contribute to our society in ways that other projects cannot,” she says.

Schrader’s Boise State co-authors for the study are Carol Sevier, the freshman engineering coordinator; Dr. Seung Youn Chyung, a professor of instructional and performance technology; and Dr. Janet Callahan, associate dean of the College of Engineering.