The first rule of Fight Club, according to Dr. Olivia Burgess, is that we are driven by our own personal utopian ideas, regardless if they end up creating dystopia. 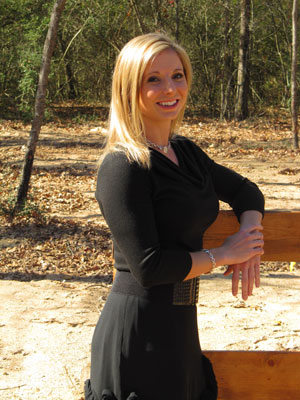 Burgess, who wrote her Ph.D. dissertation on utopianism, has been studying the implications of the novel Fight Club. Her article, “Revolutionary Bodies in Chuck Palahniuk’s Fight Club,” has been accepted for publication in the journal Utopian Studies.

“Utopia and dystopia are in constant conversation with each other,” says Burgess, an assistant teaching professor of English and technical communication at Missouri University of Science and Technology.

For those who are discontent, the easiest way to change reality might be to change personal appearances. Think of tattoos, hair styles and plastic surgery. That’s where Fight Club comes in. “When you get punched in the face and you’re bleeding, life gets real pretty fast,” says Burgess.

Life in general is fairly schizophrenic in many ways — like the main character in Fight Club. The character feels perfect, complete — feelings typically associated with utopia. “He hates that, so he revolts,” says Burgess, who adds that real clubs do exist in society, despite the famous line in the book: “The first rule of Fight Club is: you do not talk about Fight Club.”

Burgess believes that utopianism is misunderstood. She says a real or at least updated utopia includes constant change, not a “perfect” state where change is no longer possible.

All of this might be part of what is driving various revolutions, including the Arab Spring, the Tea Party and the Occupy movements. Those “revolutions” might start out as utopian in theory, but dystopia is always a lurking companion. In the novel, the story takes a turn from the personal struggles of Fight Club to something called Project Mayhem, a structured attempt to destroy entire financial districts.

“We live in a world where change doesn’t seem very possible,” Burgess says. “A lot of people feel that frustration.”

In many ways, if you subscribe to Burgess’s theories, anarchy is the new utopia. Utopia is not an end game; it’s a process. And revolutions have to be moving constantly, like sharks. They always have to be in a state of turmoil, according to Burgess, a body builder, incidentally, in her spare time.

Of course, we can always work out our fantasies and frustrations through literature, says Burgess, who notes that the novel Fight Club is very similar to the popular film of the same name.

On November 8, 2011. Posted in Department of English and Technical Communication, Research, Top Headlines