Dr. Gerald Cohen, professor of foreign languages at Missouri University of Science and Technology, has co-authored a revised version of his 1991 monograph Origin of New York City’s Nickname ‘The Big Apple’. The book was published by Peter Lang. 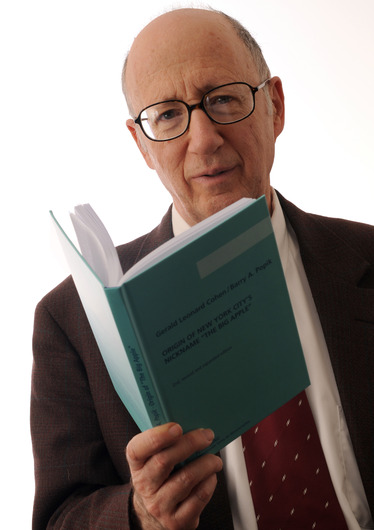 “It’s been a long haul,” says Cohen. “I’ve been working on this topic for 22 years, although not full time, and my co-author, independent scholar Barry Popik, has been at it for 19.

“A great deal of new material had come out since 1991 and was scattered all over, so a revised treatment became necessary,” Cohen explains. “Popik and I had written articles, the American Dialect Society provided helpful information, and several new incorrect etymologies needed to be refuted.”

Cohen says there were several stages to the origin of the nickname.

“Apples were important throughout history, but the big red delicious apples developed in Iowa in the 1870s came to be regarded as extra special.” Cohen says. “That led to ‘the big apple’ being applied to things and people who were extra special, or perhaps only thought they were. Then in a 1920 conversation between two African American stable hands in New Orleans, one proudly said that he was going to ‘the big apple’ (meaning the New York City racetracks, which were regarded as the big time in horseracing).

“NYC turf writer John J. Fitz Gerald overheard the conversation and a year later began using ‘the big apple’ in his columns,” Cohen says. “He’s the one who popularized the term early on, but it was limited to a horseracing context.

In the 1930s jazz musicians used ‘The Big Apple’ to describe New York City as the place where the greatest jazz in the world was being played. In the 1970s, a public relations man named Charles Gillett revived the term as part of a publicity campaign for the city.

“And, as they say, the rest is history,” Cohen says. 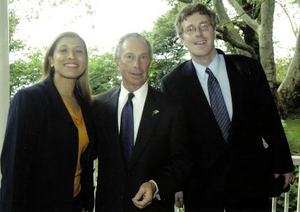 “I can’t say enough about my friend and colleague Barry Popik, who made the most important discoveries on ‘The Big Apple’ since my 1991 monograph,” Cohen says. “The American Dialect Society members were also great, and full credit is given throughout the book.”

Cohen uses the term “The Big Apple” in his teaching at Missouri S&T.

“First,” says Cohen, “the subject is of interest in itself. That’s important. Also, I teach a course on etymology and use ‘The Big Apple’ to illustrate what all can go into the origin of even a single term in our language.

“This in turn helps us appreciate the vast history that underlies even our common, everyday language,” Cohen says. “The history of individual words or expressions can sometimes be remarkable.”

On March 10, 2011. Posted in Department of Arts, Languages and Philosophy, News, Top Headlines