Dr. James Drallmeier, Curators’ Teaching Professor of mechanical and aerospace engineering at Missouri University of Science and Technology, will become chair of that department effective Jan. 1, 2011.

Drallmeier replaces Dr. Ashok Midha, who has chaired the department since August 1997. 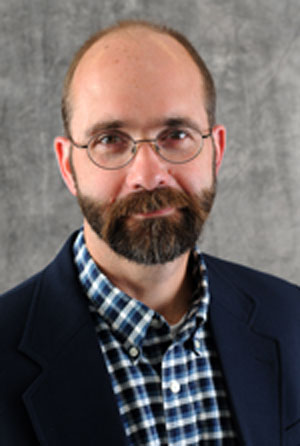 “Dr. Drallmeier is an accomplished instructor and researcher who is well-positioned to lead the department in the coming years, and I look forward to working with him as chair,” says Dr. Warren K. Wray, Missouri S&T provost. “For the past 13 years, Dr. Midha has guided the department through a period of tremendous growth in enrollment and research, and has championed the effort to complete the expansion and renovation of Toomey Hall. I’m very appreciative of Dr. Midha’s leadership during that time.”

A member of the Missouri S&T since 1989, Drallmeier has received eight Faculty Excellence Awards and 16 Outstanding Teaching Awards. He received the National Science Foundation Presidential Young Investigator Award in 1991 and the Society of Automotive Engineers Ralph R. Teetor Educational Award in 1992. He also served as associate chair for graduate affairs in the mechanical and aerospace engineering department from 1998 to 2001.

Drallmeier’s research areas include combustion, fluid dynamics and internal combustion engine systems. His research projects have been funded by government agencies such as the NSF and the Oak Ridge National Laboratory, and by companies such as Ford and Kawasaki. He has mentored more than 35 graduate students and 25 undergraduate research students in his laboratories. Together, they have authored more than 70 scholarly papers.

Drallmeier and his students are working on novel engine systems, including advanced combustion modes for improved efficiency and fuel flexibility.

Drallmeier earned a Ph.D. in mechanical engineering at the University of Illinois at Urbana-Champaign in 1989. He also holds bachelor’s and master’s degrees from Illinois, earning them in 1983 and 1985, respectively.