S&T professor guides us ‘dummies’ in the subject of ethics

Those of us who need a little help maneuvering our way through an ethics course or who just want to do the right thing now have an easy guide that can help. 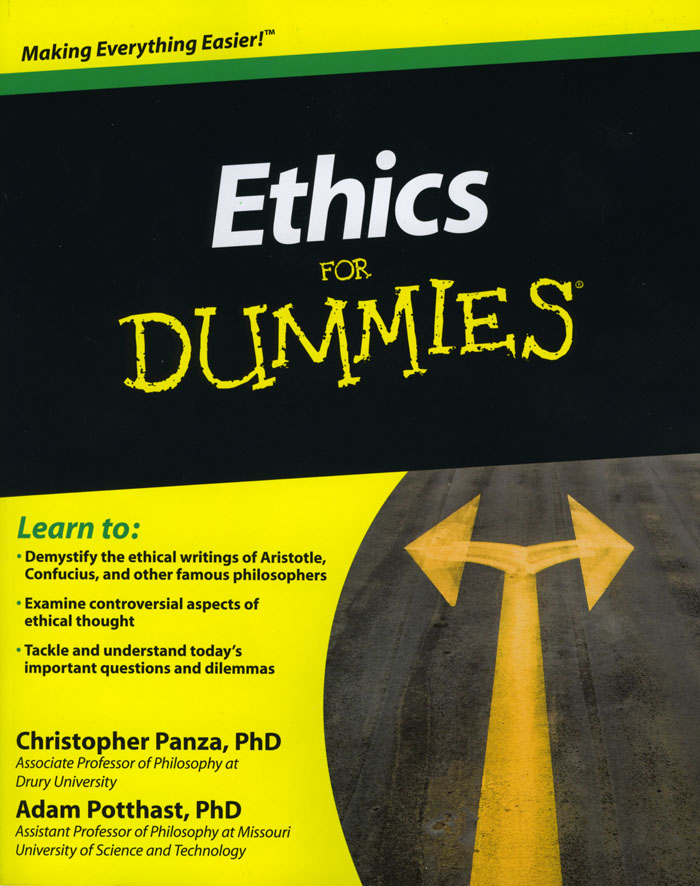 “We were surprised this subject hadn’t been covered before in the series,” says Potthast.

Titles in the For Dummies series, published by John Wiley & Sons, are known for their promise of simplifying topics that are often viewed as confusing or intimidating. More than 1,600 titles have been printed to date.

Ethics for Dummies explains the principles of ethics in easy-to-understand terms. It examines the writings and theories of great philosophers such as Aristotle, Confucius, Descartes, Kant and Nietzsche.

The book also provides tools to deal with today’s ethical dilemmas and shows readers how to apply the concepts and theories of ethical philosophy to their daily lives.

Potthast believes everyone could benefit from the book. “If everyone read at least the first chapter, ethical discussions might be a lot more productive,” he says.

He is not the first Missouri S&T professor to write for the series. Historian John McManus wrote U.S. Military History for Dummies, which was released in 2007.