Dr. Ralph E. Flori Jr., associate professor and head of petroleum engineering at Missouri University of Science and Technology, has been elected vice president for member affairs for the American Society for Engineering Education (ASEE). 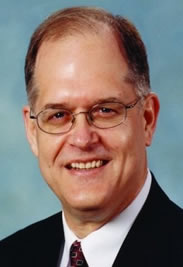 Flori will begin his two-year term in June during ASEE‘s annual conference in Louisville, Ky.

He has served a number of leadership roles at Missouri S&T, including assistant and associate dean of engineering and interim chair of interdisciplinary engineering. For 12 years, he directed a popular summer program, now called the Jackling Introduction to Engineering Program, which was attended by more than 400 high school students each summer. Since 2005, he has served as the Project Lead the Way (PLTW) affiliate director for Missouri S&T. In that role, he has led the training of more than 300 high school teachers in pre-engineering subjects, organized counselor and administrator conferences, and led high school certification visits.

A leader in education within ASEE, Flori has chaired both the New Engineering Educators Division and the Mechanics Division. He was program chair and organizer of the ASEE Midwest Section meeting held at Missouri S&T in September 2003. He recently completed a term on the ASEE Board of Directors as Zone III chair (2007-09).

Prior to joining the S&T faculty as an assistant professor in 1990, Flori worked in the petroleum industry for AMOCO and performed geological engineering-related work for the Missouri Department of Natural Resources. In addition, he helped research and develop new materials, such as ceramic superconducting filaments and bioresorbable composites for Mo-Sci Corp., a Rolla company founded by Missouri S&T Curators’ Professor Emeritus Delbert Day.