A research team from Missouri University of Science and Technology recently went fossil hunting in Egypt. 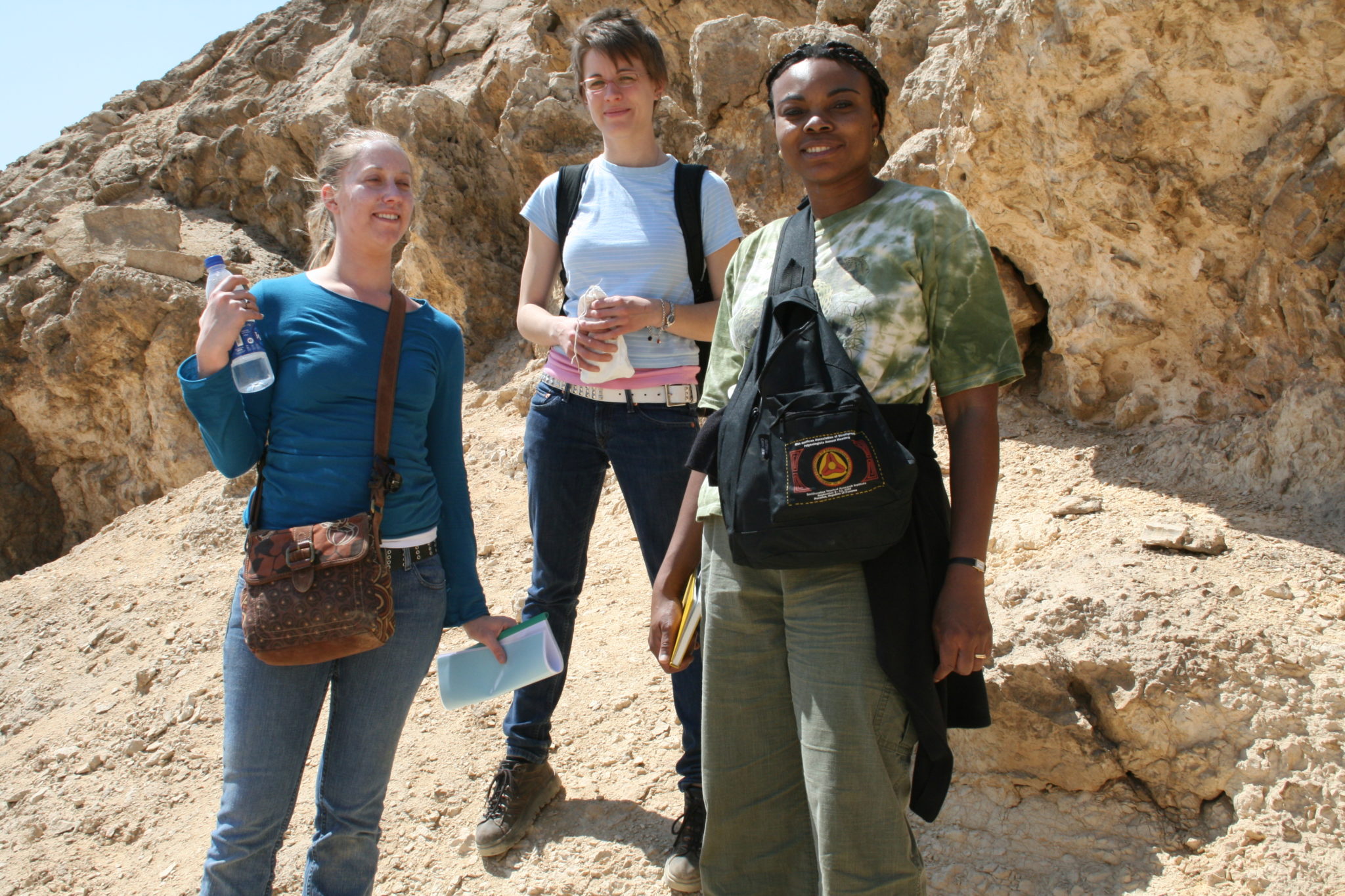 From left to right: Browne, Arneson and Oboh-Ikuenobe.

Earlier this semester, Dr. Francisca Oboh-Ikuenobe and two undergraduates, Kristen Arneson and Cassandra Browne, spent eight days in Egypt for a collaborative research project with Dr. Mohamed Ibrahim at the University of Alexandria. The research site was in the desert, less than 10 miles from the pyramids.

The project, funded by the National Science Foundation, focused on the hydrocarbon potential in Late Cretaceous desert sedimentary rock formations.

“Depending on the composition of the fossils in a piece of rock, we can tell whether the land was once covered by an ocean, or how far the land was from the shore,” says Oboh-Ikuenobe, a professor of geology and geophysics at Missouri S&T.

Back at S&T, Arneson and Browne can study thin samples of the rocks in a paleontology laboratory in order to determine their organic contents.

“The fieldwork we did allowed us to see the rocks in their natural location, before they have been processed into sample slides,” says Arneson. “A lot of the lingering questions I had about my research were answered.”

According the S&T research team, the areas around the pyramids were all covered by an inland sea several times in the past. During the Late Cretaceous, between 90 and 93 million years ago, there were giant reefs composed of rudistid bivalves that are similar to those found in Texas.

The trip to Egypt culminated in a three-day workshop. More than 40 people from six Egyptian universities and several Egyptian oil companies were in attendance. Arneson, a senior in geology and geophysics from St. Charles, Mo., gave a presentation on the findings of her undergraduate research and Dr. Oboh-Ikuenobe presented two lectures.

“This was a really big thing,” says Oboh-Ikuenobe. “Academics and professionals were learning from Kristen. This is a testimony to Missouri S&T that we groom our students to be ready for research as undergraduates.”

Both Arneson and Browne will also present their research at the Missouri Academy of Science at Northwest Missouri State University in Maryville, Mo., on April 24.

“The bottom line is that research is important and fun,” says Browne, a senior in geology and geophysics from Cape Girardeau, Mo., “and the opportunity is available for students who seek it out.”

On May 1, 2009. Posted in Geology & Geophysics, Research, Top Headlines