Dr. Nuran Ercal, professor of chemistry at Missouri University of Science and Technology and an expert in the study of lead toxicity and free radicals in biological systems, has been named the Richard K. Vitek/Foundation for Chemical Research Endowed Chair in Biochemistry at Missouri S&T. The position takes effect June 1. 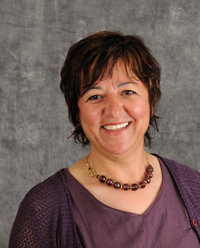 The chair was established in 2005 through a lead gift of nearly $800,000 from Richard K. Vitek, a 1958 Missouri S&T chemistry graduate, and his wife, Marilyn. It will help combine the expertise of faculty from the departments of chemistry, biological sciences, and chemical and biological engineering.

In addition to the gift from the Viteks, major contributions were provided by Missouri S&T’s Foundation for Chemical Research (FCR) and other donors. A corresponding match from the University of Missouri brings the total equivalent endowment value to nearly $2 million to support the faculty member’s work.

“Dr. Ercal’s expertise has led to advances in cancer and HIV research, and her position as Vitek Chair will enable her to accelerate these important medical advances,” says Dr. John F. Carney III, chancellor of Missouri S&T. “This chair will help Missouri S&T bring together several departments to advance research in analytical and environmental chemistry and biochemistry. We are grateful to the Viteks, the Foundation for Chemical Research and the other donors for their vision and generosity in supporting this significant chair.”

Ercal began work at Missouri S&T as a research associate in 1990. In 1993 she was named assistant professor and associate professor in 1999. She was named professor of chemistry in 2005. Her research focuses on free radicals in biological systems, metal toxicity – particularly lead poisoning and its treatment with antioxidants – and the benefits of antioxidants in the treatment of free radical-related conditions like radiation, nicotine exposure, alcohol overuse and HIV proteins.

Ercal served as visiting research professor at Washington University in St. Louis from 2000-2001 and in July 2004, was named adjunct associate professor of internal medicine at Saint Louis University, a position she still holds.

During her tenure at Missouri S&T, Ercal has won the Faculty Excellence Award five times. She was named Outstanding Teacher twice and in 2003, was named Missouri S&T Woman of the Year. She is an honorary member of Phi Eta Sigma, chair-elect of the American Chemical Society, and a member of Sigma Xi, the Oxygen Society, and the Missouri Academy of Science.

Vitek, a founding member of Missouri S&T’s Foundation for Chemical Research, is the founder and retired chair and CEO of FOTODYNE Inc., the first company to manufacture laboratory instruments for DNA research. He used his expertise in thin-layer chromatography and electrophoresis to produce equipment for the separation, ultraviolet visualization and analysis of DNA. Throughout his career, he formed several other scientific subsidiaries. He retired in 2002. The Viteks have just relocated to Clermont, Fla., from Dana Point, Calif.

“Giving back to Missouri S&T by way of a chair in biochemistry culminates my lifelong career that started at MSM and expanded into chemical analysis, environmental contaminants and biochemistry,” Vitek says. “This chair brings all these disciplines together to help meet tomorrow’s needs in protecting our valuable resources from further environmental pollution and to make new scientific breakthroughs in medical care.”