It started with a boyhood dream of becoming an astronaut fueled from watching the 1995 Hollywood portrayal of the ill-fated Apollo 13 lunar mission. It ended – or rather, took a detour – after a teenage growth spurt propelled Steven Berg beyond NASA’s 6-foot-4 height limit for space travelers (the Wentzville, Missouri, native now stands 6-foot-7). The federal agency’s loss is Missouri S&T’s gain, as Berg’s fascination with space led to bachelor’s, master’s and doctoral degrees in aerospace engineering from a campus where he’s now a postdoctoral fellow in the Aerospace Plasma Laboratory under the supervision of associate professor Josh Rovey, his thesis adviser. 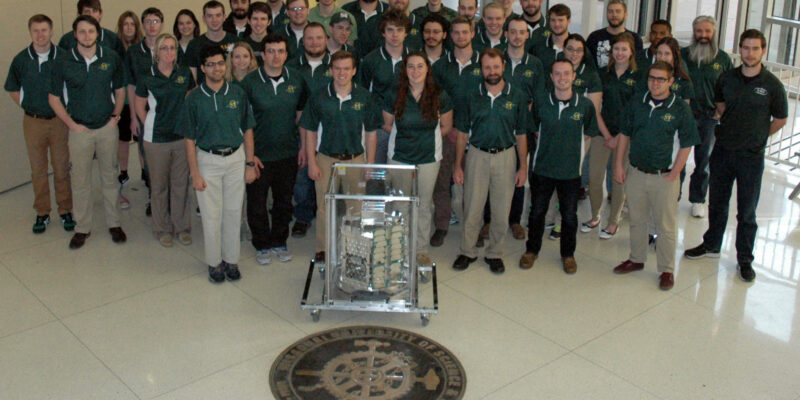