Mochalin named Fellow of the Royal Society of Chemistry 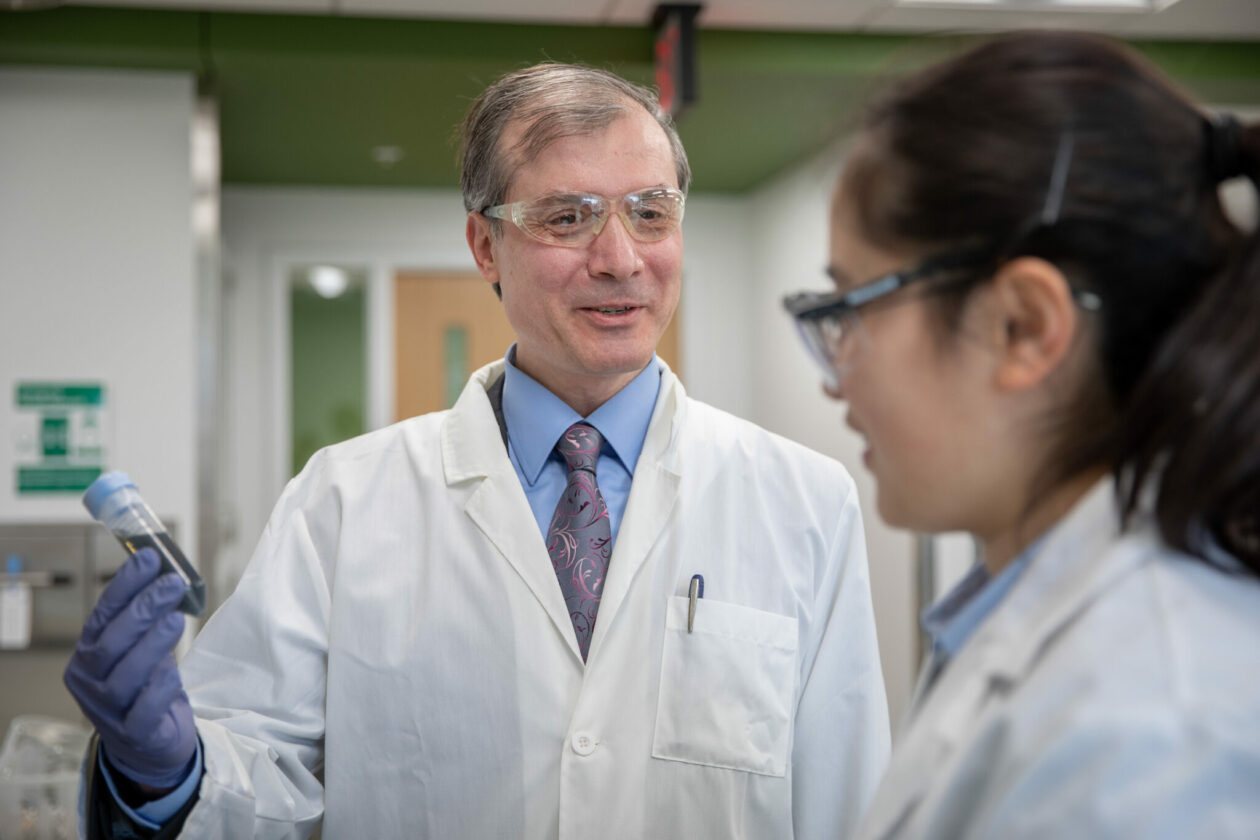 Dr. Vadym Mochalin, associate professor of chemistry at Missouri S&T, has been named a Fellow of the Royal Society of Chemistry. According to the society, this title is awarded to those who have made an outstanding contribution to the chemical sciences.

Mochalin was granted the title in December 2022 for his work in chemistry of nanomaterials, particularly, MXenes and nanodiamonds. MXenes, discovered in 2011, comprise one of the largest families of two-dimensional materials. They possess high electrical conductivity, hydrophilicity, accessible surface, and tunable physico-chemical properties. This combination of properties, unachievable with other nanomaterials, has grown interest in MXenes for a broad range of applications. MXenes could be used in energy generation, storage, and harvesting, along with computing and drug delivery and cancer treatment.

Besides MXenes and other 2-D materials, Mochalin also works with nanodiamonds in interdisciplinary settings at Missouri S&T and collaborates with international researchers and companies that are actively pursuing research and development of nanomaterials.

Mochalin joined Missouri S&T’s faculty in 2015. Prior to joining the university, he served as a research faculty member at Drexel University and at the L.M. Litvinenko Institute of Physical-Organic & Coal Chemistry, National Academy of Sciences of Ukraine. He is a member of the American Chemical Society, Materials Research Society, American Physical Society and American Ceramic Society. He serves as an editorial board member of Scientific Reports for Nature Publishing Group and is editor at Diamond and Related Materials, Elsevier.

Mochalin earned bachelor’s and master’s degrees in biochemistry from Donetsk National University in Ukraine in 1993, and a Ph.D. in physical chemistry from the L.M. Litvinenko Institute of Physical-Organic & Coal Chemistry, National Academy of Sciences of Ukraine in 2001.

The Royal Society of Chemistry’s mission statement is to advance excellence in the chemical sciences. It was founded in 1841 when 77 scientists – including doctors, academics, manufacturers and entrepreneurs – formed the Chemical Society of London, with dialysis inventor Thomas Graham as their first president. Seven years later Queen Victoria granted a Royal Charter to the Society, confirming its purpose of “the general advancement of Chemical Science.” The society has more than 54,000 members across the world, a not-for-profit publishing and knowledge business, and a reputation as a champion for the chemical sciences.