Engineering with a mission 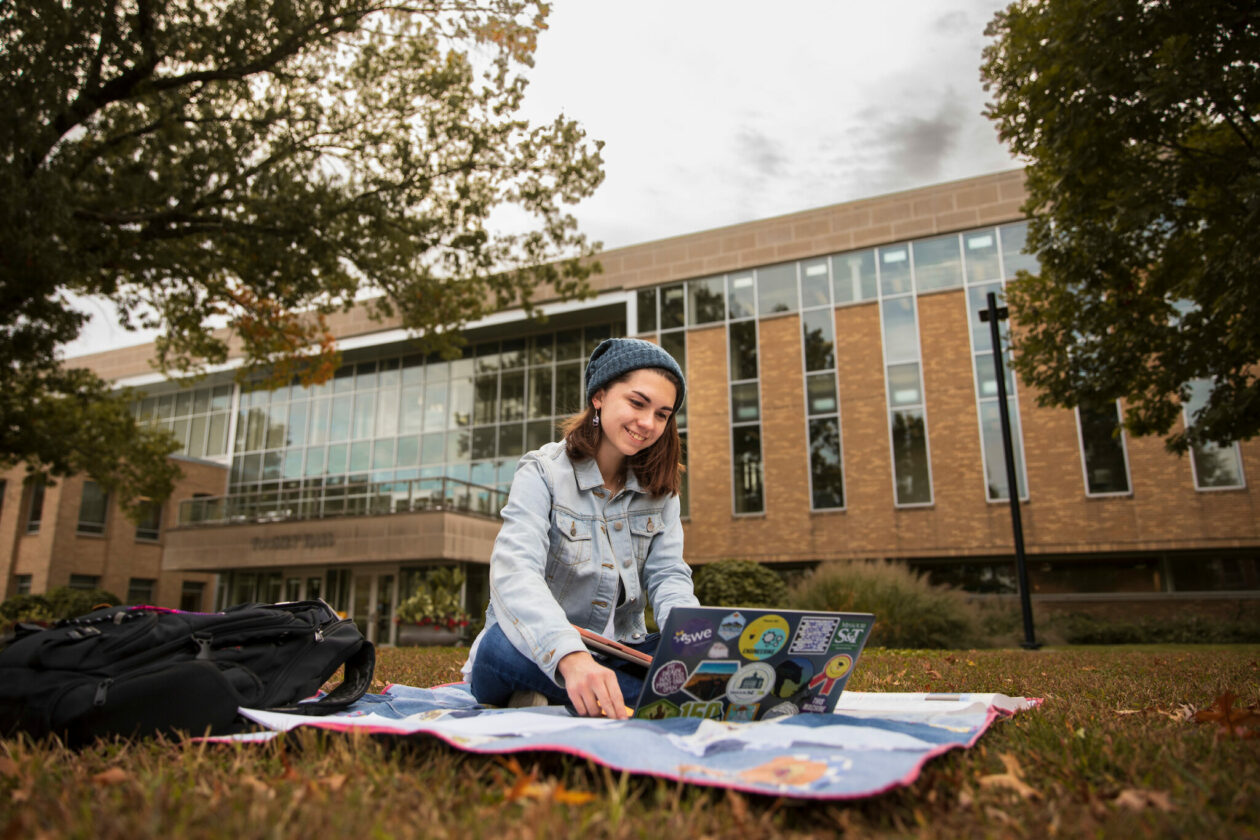 Micayla Goyne says one of her favorite spots to study is near Toomey Hall. Photo by Noah Richardson, Missouri S&T.

Micayla Goyne, a sophomore in mechanical engineering and Spanish from St. Louis, wants to improve developing nations. And when she says that, it isn’t a grand declaration or nice idea being touted. She has a plan.

“One day, I want to lead a team of engineers to bring clean, sustainable energy to countries in need,” says Goyne, a Kummer Vanguard Scholar. “As the world advances, energy is becoming more and more of a necessity for things like life-saving equipment in hospitals and running pumps that bring clean water from the ground to people’s homes.”

Goyne is combining her engineering major with language studies to support her future career dreams.

“One of the reasons I chose to attend S&T is the global engineering program,” says Goyne. “My dream is to work in developing nations and the program will let me spend my fourth year abroad in Spain studying and interning. I plan to use this experience as a launchpad for my future career as an international engineer.”

She is also combining club efforts by being a member of S&T’s Engineers Without Borders (EWB) and the Mars Rover Design Team. Goyne says that she hopes to build her engineering skillset on the Mars Rover team and then transition those skills to other applications with EWB.

“Many developing countries do not have enough power for all of their country’s needs,” explains Goyne. “As they innovate and bring more power to their people, it is important to consider the environment and choose options that are beneficial to both people and the planet. I want to be at the forefront of showing political leaders why this change is important and bring about the energy infrastructure of tomorrow.”

Goyne says that she thought transitioning from high school to college would “be a cakewalk.” But she now says she may have been mistaken, believing that every S&T class she has taken so far has either challenged her or given her the opportunity to further grow her knowledge.

“The challenges I have faced at S&T so far have been tough but they have helped me to know how to prioritize things, be effective in all I do, lead others by example and give back to the community around me,” says Goyne. “Some see challenge as scary. For me, it’s an adventure.”