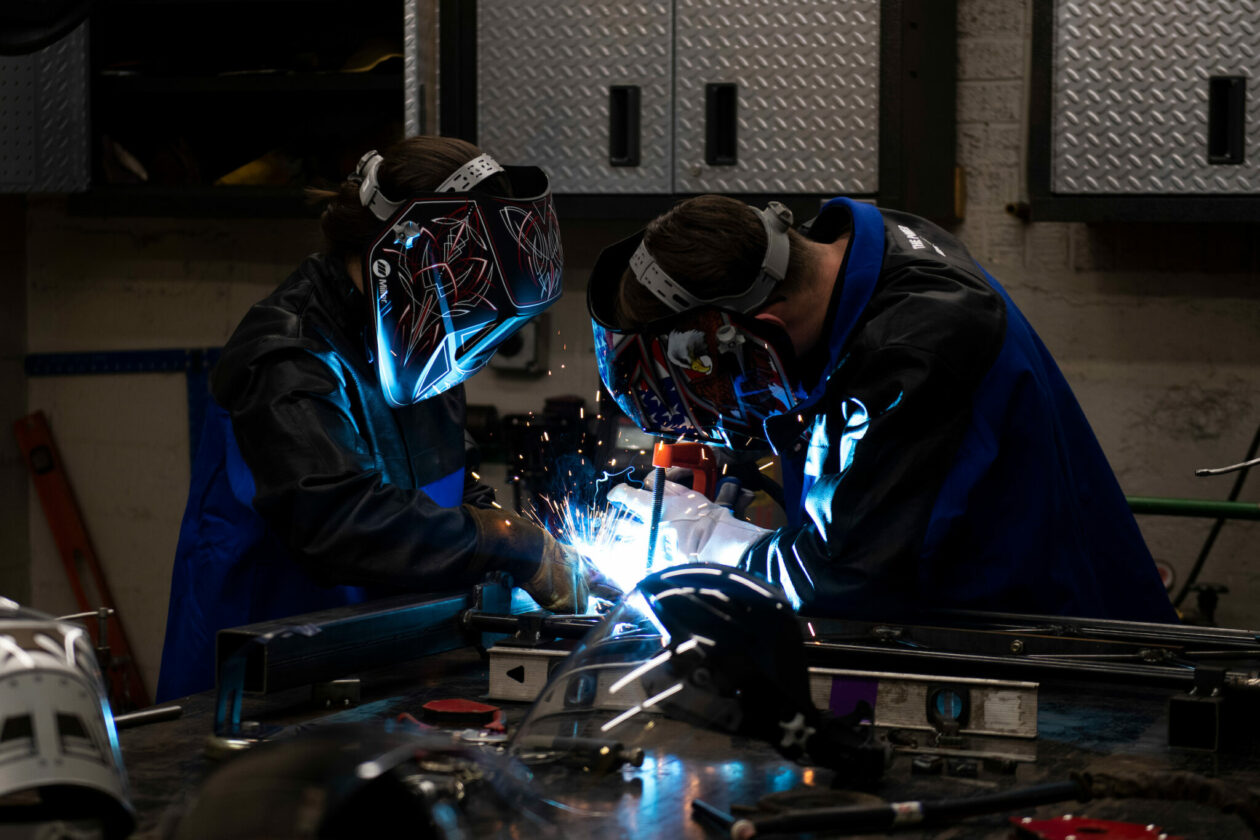 Members of the Steel Bridge Design Team working on their bridge in the Student Design Center. Photo by Michael Pierce, Missouri S&T.

Missouri S&T’s Steel Bridge Design Team competed against 33 other collegiate teams at the national finals of the American Institute of Steel Construction’s Student Steel Bridge Competition May 25-26 at Virginia Tech in Blacksburg, Virginia.

In the months leading up to the competition the team designed and built components for a scale-model bridge. This year the challenge was to design a wildlife crossing over a highway. During the competition Missouri S&T’s team constructed their 275-pound bridge in just over six minutes, after which the bridge underwent several load tests.

Bridges are scored on categories including weight, rigidity, construction speed, and efficiency. Penalties are assessed for infractions like dropping bolts, holding two pieces of the bridge at once and stepping over designated lines. The scores are based on dollar amounts rather than a points system, simulating the accounting process involved in determining the budget for a real bridge construction project.

The Student Steel Bridge Competition is designed to supplement a civil engineering education with a comprehensive student-driven project experience from conception and design through fabrication, construction and testing that results in a steel structure that meets client specifications and optimizes performance and economy. The competition also increases awareness of real-world engineering issues like spatial constraints, material properties, strength, safety, aesthetics and cost.

The following Missouri S&T students are members of the Steel Bridge Design Team:

On June 8, 2022. Posted in Missouri S&T, Missouri University of Science and Technology, News