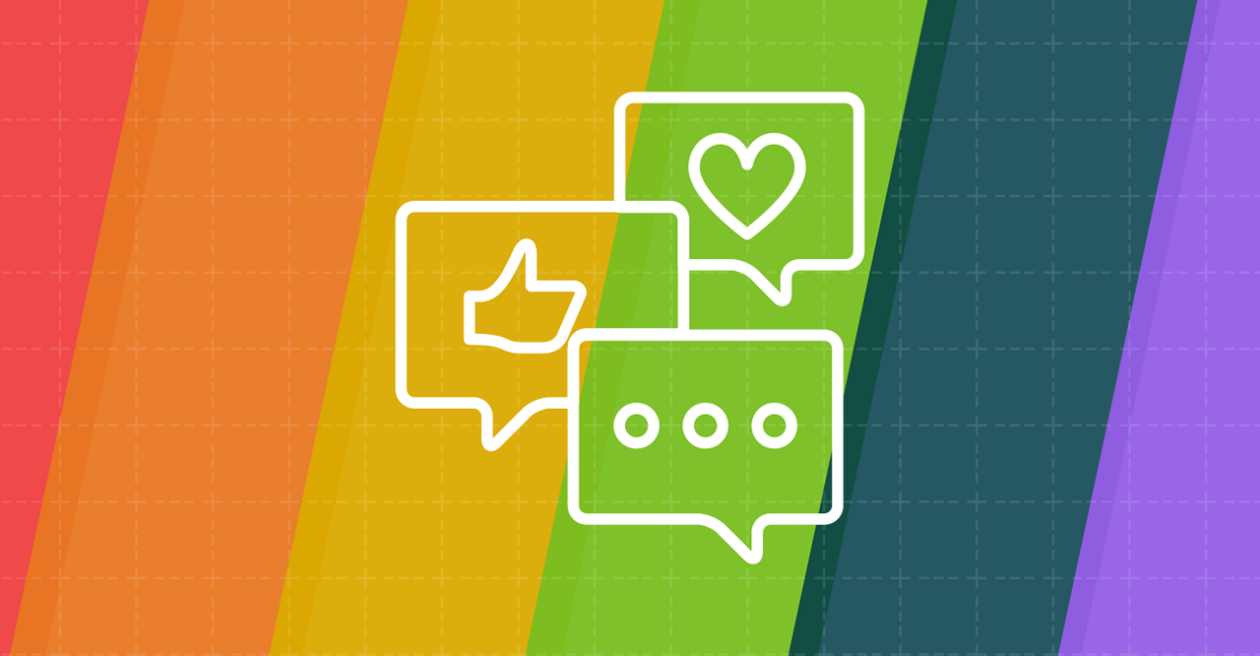 Ways you can support the LGBTQ+ community

What does it mean to be an ally to LGBTQ+ people?

Many of us hear the term, especially this time of year, during Pride Month. But we may not have a good understanding of what it means.

In the LGBTQ+ community, the term “ally” often refers to someone who doesn’t identify as LGBTQ+ but is supportive. Being an ally means listening, supporting and being available to LGBTQ+ people. It also means amplifying the voices of LGBTQ+ people.

“Allyship is active,” says Annie Birt, peer education program coordinator in S&T’s student well-being office. “It is a process of both listening to and uplifting queer voices in spaces they may not have access to. It’s about listening to what’s important to queer people and pushing their message in those places” to influence policies and help make an organization more welcoming to LGBTQ+ people.

There is no one-size-fits-all approach to allyship, but there are many ways allies can support the LGBTQ+ community. Here are some examples of ways to be a good ally.

Before standing up for the rights of others, you must first understand the rights and privileges that you have and those that others don’t, Birt says. “Even today, in 2022, it is still scary to be a queer person,” they say.

Individuals in the LGBTQ+ community frequently face challenges like:

“You may not have even thought about some of these challenges, not by any fault of your own, but because you have not had to,” says Anitra Rivera, Missouri S&T’s acting chief diversity officer.

Birt and Rivera both say people who want to become allies must take the time to educate themselves.

Ways to inform yourself include:

3. Be present and authentic.

Be aware that just saying that you’re an ally is not enough. “Being present” is also essential, says Birt. That presence translates to participation in LGBTQ+ events as well as on a personal level with LGBTQ+ friends.

One way to respect others and create an inclusive environment is by using someone’s correct personal pronouns, says Jessica Gargus, director of student well-being.

“Sharing your own pronouns first is a way to encourage other people to share theirs and help make them more comfortable,” Gargus says. “If you’re meeting someone new one-to-one, you might say something like: ‘Hi, I’m Akeem, and I go by ‘they/them’ pronouns. How should I refer to you?’

It’s also important to understand that simply declaring yourself as an ally does not necessarily mean you will be perceived as one, Birt adds.

Birt adds that it’s important to be empathetic, thoughtful and sincere.

Share with others how they can become a better LGBTQ+ ally and join with your fellow supporters. Missouri S&T’s Campus Pride Committee, coordinated by the student diversity initiatives team, is one venue where allies can provide visible support. The student organization Spectrum welcomes allies as well as LGBTQ+ people. Beyond campus, the LGBTQ+ Rolla organization welcomes involvement by university students, faculty and staff as well as others in the community. One opportunity to keep the conversation going and meet other allies will occur June 24, during the Phelps Pride event at Schuman Park.