Raise a glass to nuclear engineering 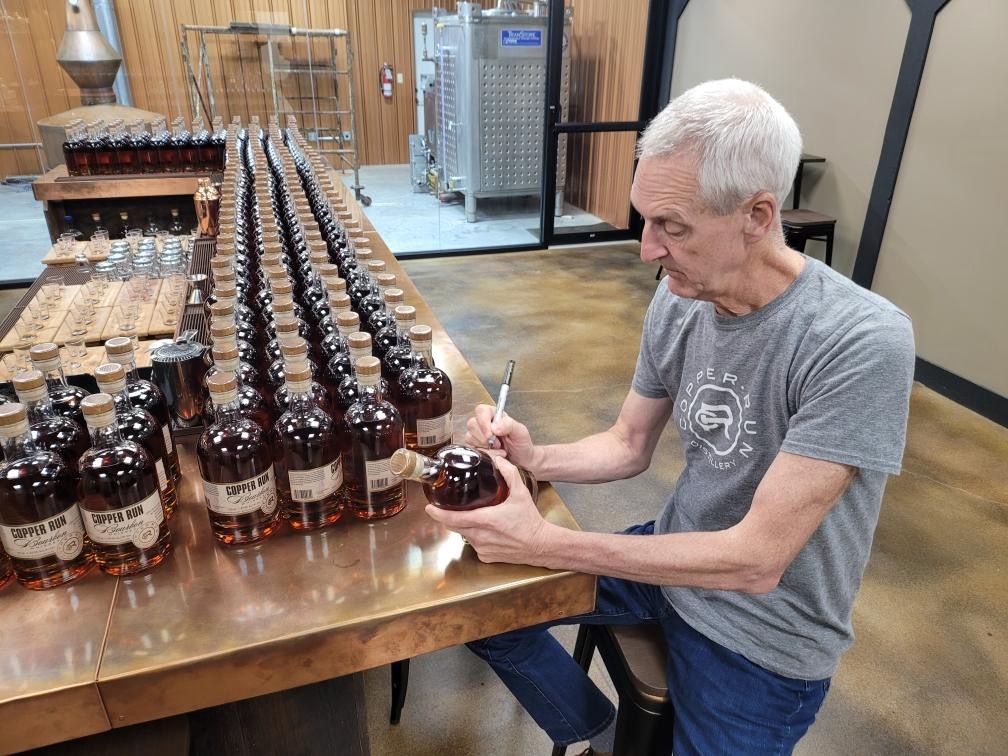 It may seem like a leap from originally working as a nuclear engineer at Ameren to owning a distillery, but Keith Hock, NucE’83, MS NucE’84, enjoys new challenges.

“I think continuous learning and taking advantage of new opportunities contributes to good mental and physical health,” says Hock, speaking from the headquarters of Copper Run Distillery near Branson.

Hock worked at Ameren for 35 years, first in reactor core design at the Callaway nuclear power plant, then in corporate planning where he performed forecasting and budgeting. He moved to the transmission side of the business, then finally to information technology leading the organizations that provided technology for generation, transmission distribution and gas operations for the utility.

Hock and his wife, Lois, lived in St. Louis but spent a lot of time visiting Branson. In 2011, they bought a weekend home there and became customers of a small distillery run from a cabin in the woods. It was Copper Run. In 2017, the owner wanted to sell, and Hock says the employees asked Hock to buy the business.

“I had heard from other small business owners that you have to have a passion for your product,” he says. “I talked to a business-owner friend of mine to see if buying Cooper Run was a good idea, half hoping he would say it was a terrible idea. But he wanted to become partners instead.”

Hock and Jason Iacobucci bought the distillery in 2018. Hock retired from Ameren in April 2022 and now works at the distillery full time. He says he loves it, and he uses his engineering background daily.

“The original distillery was remote and hard to find,” Hock says. “We bought a new building and constructed a glycol cooling system for our fermenters and still. I’ve been doing most of the system design myself.”

Hock says his favorite distillery product is a single-barrel bourbon that is aged for three years. The distillery also produces whiskey, rum – and moonshine, perhaps a reflection of the Ozarks nearly a century ago when moonshiners tended fires under their white-lightning stills and kept watch for the “revenuers.”

Times have changed. Today, Copper Run products are sold at supermarkets and other large retailers throughout Missouri.

In addition to running the distillery, Hock says he and Iacobucci offer utility-industry consulting and software implementation. He says it’s important not to stay in a job too long if you’ve stopped learning from it. Whatever he does for a living, Hock credits his success to a tolerant and supportive spouse.