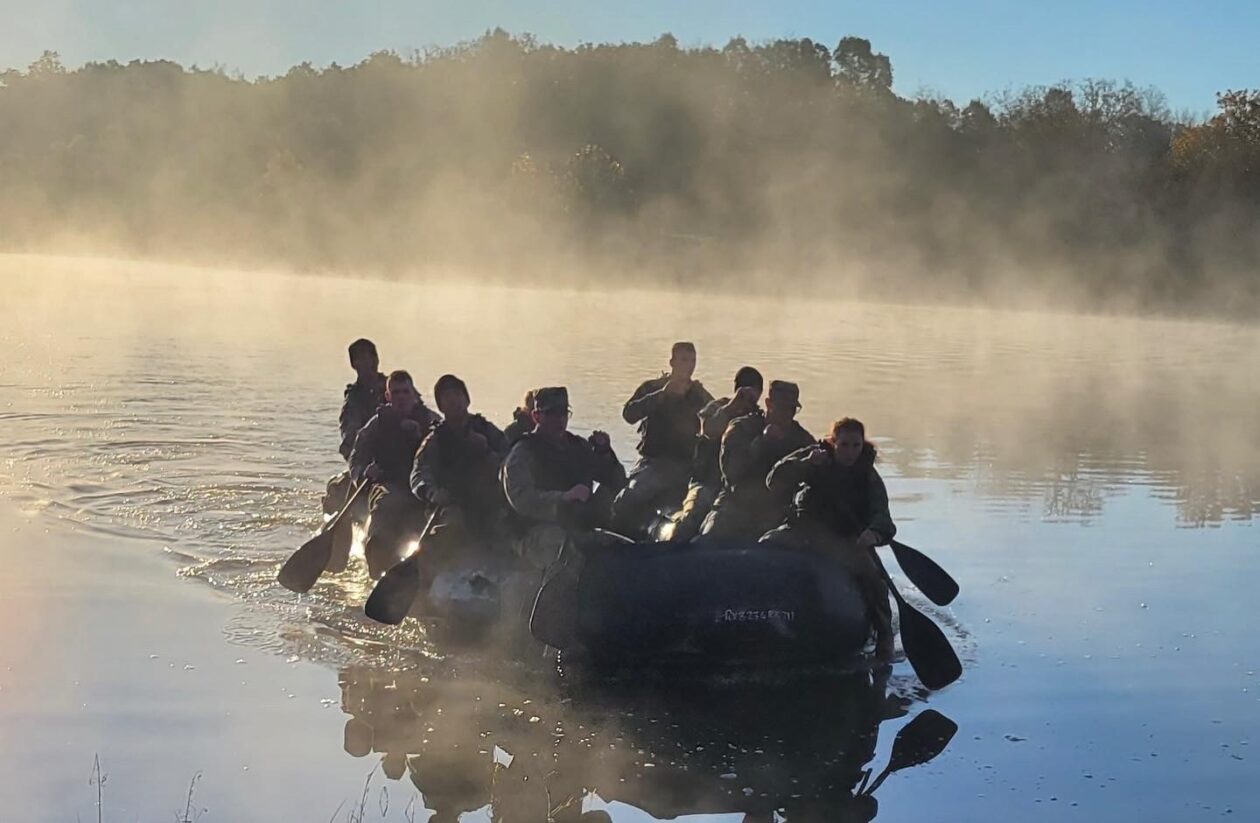 Missouri S&T’s Ranger Challenge team qualified for the competition after winning a local qualifying event and then finishing second in a Midwest regional event. Ranger Challenge is considered the varsity sport of Army ROTC.

“Sandhurst has many challenging events that we will have to overcome as a team in order to do well,” says Dale Crosman, captain of the S&T team. “It takes teamwork and trust in your cadets to your left and right. No single individual can do everything themselves and expect to do well – you have to work with each other.”

“From the past Ranger Challenge competitions, we have learned that team cohesion plays a huge role in our ability to perform well,” says Emily Chambers, Ranger Challenge team member and S&T’s cadet battalion commander. “You’re only as strong as the weakest link and motivating our team while keeping morale high is the key to winning.”

Master Sgt. Kyle Cox, senior instructor of military science at Missouri S&T, is the cadre coach for the team.

• Emily Chambers, a senior in architectural engineering from Ridgedale, Missouri

• LeeAnn Ford, a freshman in environmental engineering from Pryor, Oklahoma

• Ethan Gatzemeyer, a senior in aerospace engineering from Waynesville, Missouri

• Jacob Ewing, a freshman in electrical engineering from Neosho, Missouri

• Reece Fritz, a senior in chemistry from Leavenworth, Kansas

• Aaron Lucio, a junior in undergraduate studies from Waynesville, Missouri

• Brandon Neil, a sophomore in mechanical engineering from Collierville, Tennessee

• Dawson Satterfield, a senior in engineering management from Rolla, Missouri.

Missouri University of Science and Technology (Missouri S&T) is a STEM-focused research university of over 7,200 students. Part of the four-campus University of Missouri System and located in Rolla, Missouri, Missouri S&T offers 101 degrees in 40 areas of study and is among the nation’s top 10 universities for return on investment, according to Business Insider. For more information about Missouri S&T, visit www.mst.edu.