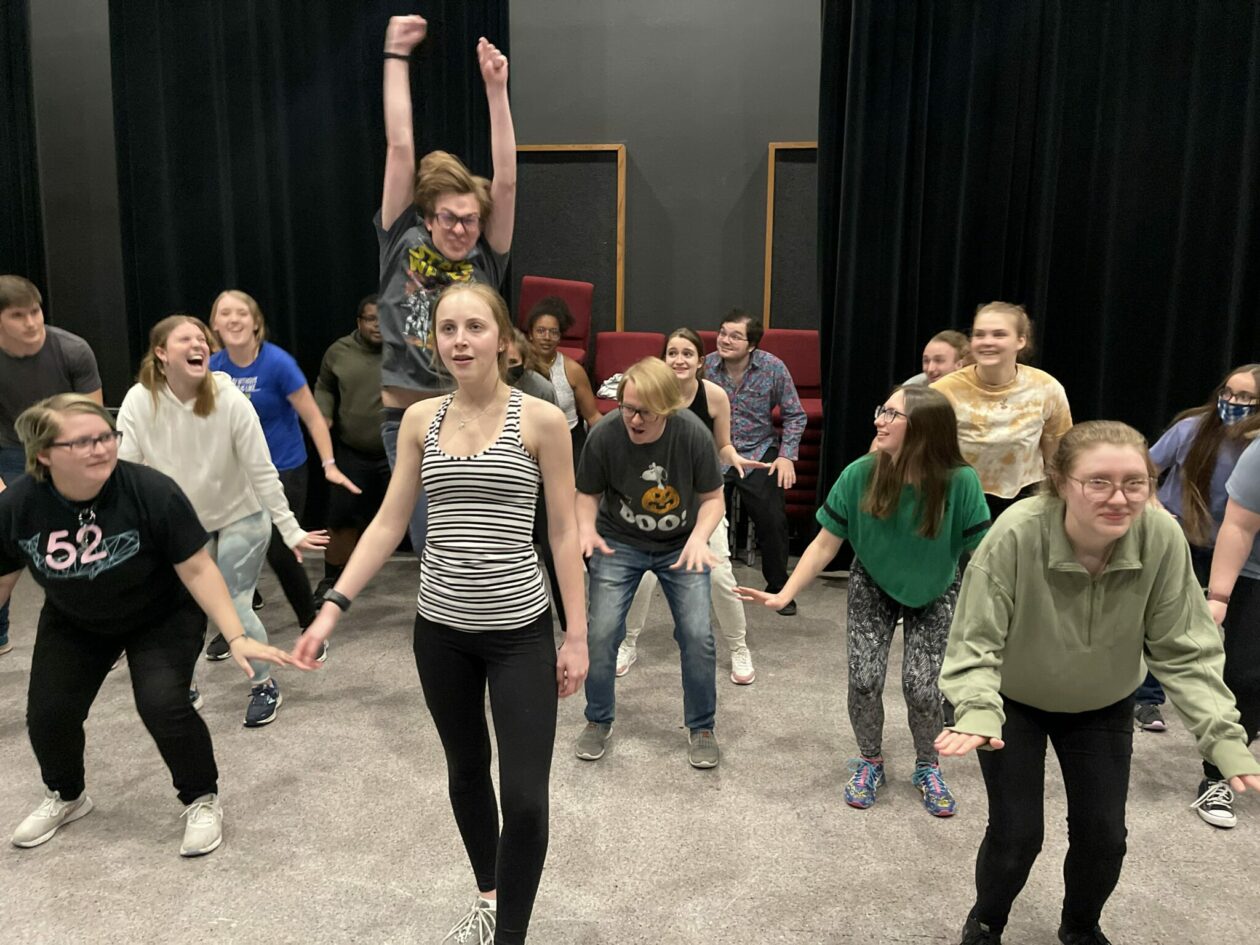 Rehearsal for the upcoming performance of “Legally Blonde: The Musical.” Photo submitted by Taylor Gruenloh.

Tickets are on sale now for the Missouri University of Science and Technology student production of “Legally Blonde: The Musical.”

Based on the novel “Legally Blonde” by Amanda Brown and the 2001 film of the same name, the musical tells the story of Elle Woods as she takes Harvard Law School by pink storm in an upbeat story of self-discovery.

Tickets are $15 for the public and $10 for Missouri S&T faculty, staff and students with a valid S&T ID.

Tickets can be purchased at the Leach Theatre Box Office, located inside the main entrance of Castleman Hall, facing 10th Street. The box office is open 10 a.m. to 4 p.m. Monday through Friday. Tickets can also be purchased online at leachtheatre.mst.edu or by calling 573-341-4219. Service fees may apply to tickets purchased online or by phone.

For more information, visit alp.mst.edu/news-and-events, or contact the arts, languages, and philosophy department by phone at 573-341-4185 or by email at alp@mst.edu.