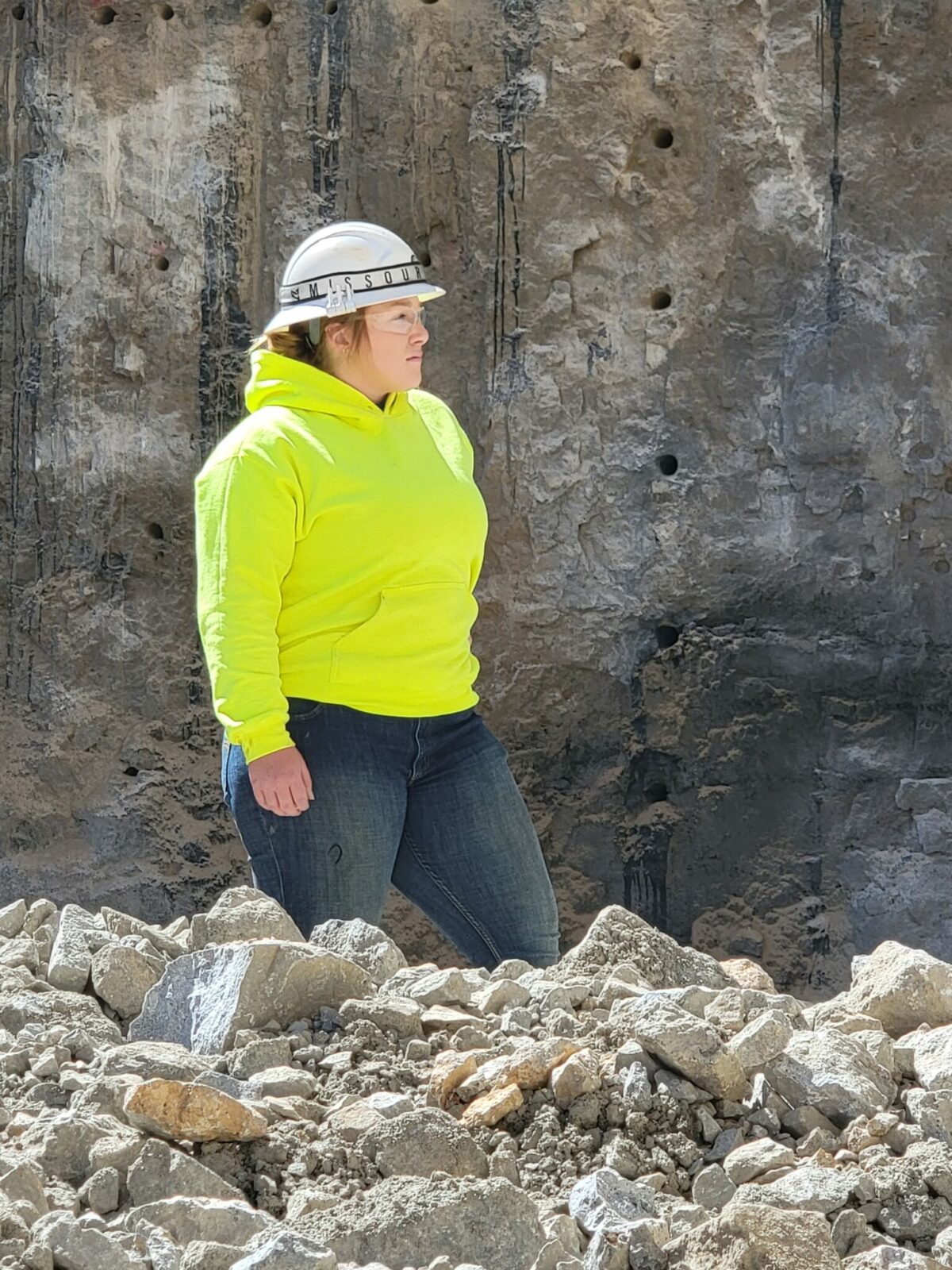 Ashley Davis, a mining engineering senior, was inspired to study at Missouri S&T when she attended S&T’s Explosives Camp as a teenager. Photo provided by Davis.

Ashley Davis’ interest in pyrotechnics started in middle school. So when she turned 17, she attended Missouri S&T’s Explosives Camp to learn more about the subject. But she also learned about mining engineering and the opportunities mining offers. Davis was set on a new path.

“I wanted to do something that not a lot of people my age were going into,” she says. “And being female sets you apart, because the field is so male-dominated.”

Davis, a senior from Erie, Illinois, is a mining engineering intern in a co-op with Missouri Cobalt at its Madison mine project in Fredericktown, Missouri. Her duties run the gamut of mine operations from ventilation to heavy equipment operation to reporting and time studies. She recently returned to Rolla for Missouri S&T’s Career Fair to recruit students to work for Missouri Cobalt.

Time management is an important part of working and taking classes. Davis says her softball career at Missouri S&T helped in that regard.

“In athletics, you spend so many hours on the field, and you’re gone a lot,” she says. “It’s really similar to what I’m doing now – working and taking classes online.”

Davis hopes to continue working at Missouri Cobalt after graduation in May 2024. She encourages students from a variety of disciplines to consider a career in mining.

“We need people, because there’s a gap between older workers and my generation,” Davis says. “Even if you don’t want to work out in the field, we need engineers in the office. Geology, chemistry, metallurgy, electrical engineering – we need people from lots of different backgrounds.”