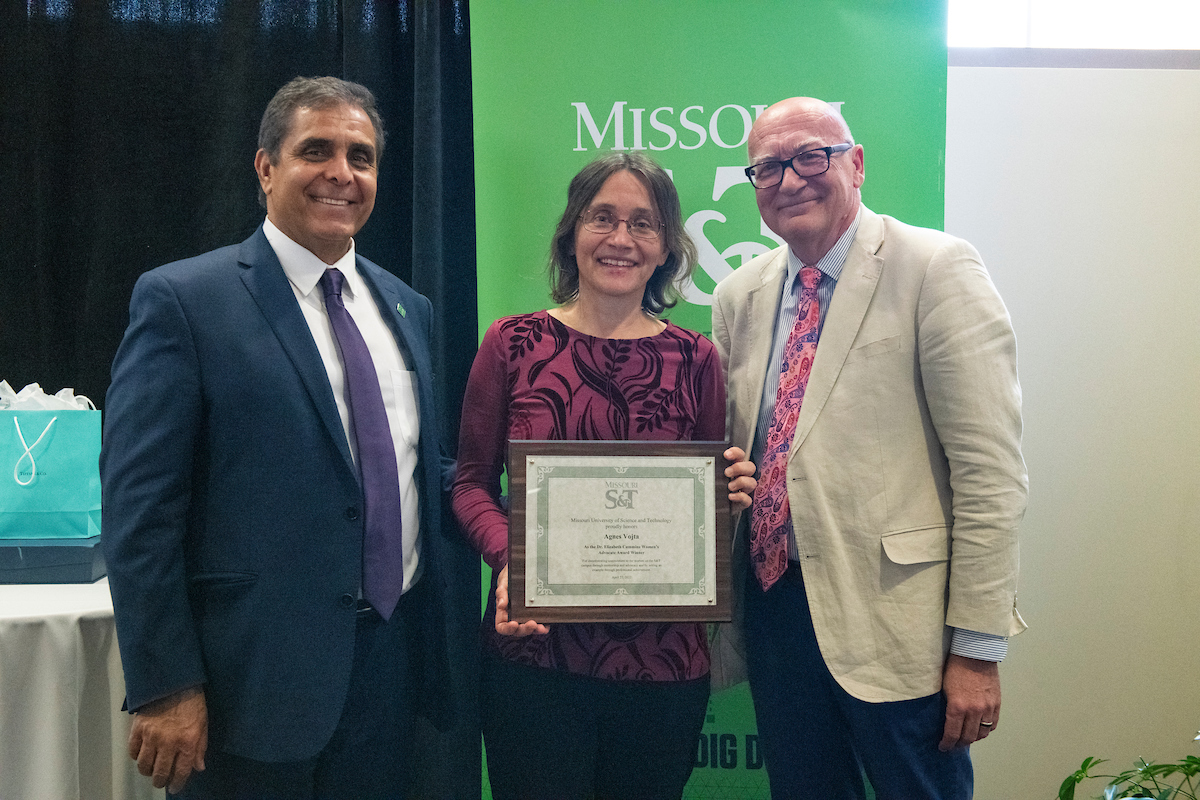 Dr. Agnes Vojta, teaching professor of physics at Missouri University of Science and Technology, has been named the 2022 recipient of the Dr. Elizabeth Cummins Women’s Advocate Award at Missouri S&T. She was honored during a reception today (Wednesday, April 27) at Hasselmann Alumni House.

The Women’s Advocate award is given to any Missouri S&T employee, regardless of gender or job designation, who demonstrates commitment to women on campus through mentorship and advocacy and by setting an example through professional achievement. As part of the award, Vojta received a $1,000 stipend funded by Missouri S&T graduate Cynthia Tang, founder and former chair of Insight Industries Inc.

As an instructor in introductory physics courses and one of only three physics advisors, Vojta is an example to hundreds of students. Colleagues describe Vojta as someone who helps students who might otherwise be intimidated by physics find enjoyment in its intellectual challenges.

One of Vojta’s colleagues wrote that she not only serves as a role model for female students in STEM, she “demonstrates to the male student that the STEM world has room for and welcomes diversity.”

One student said that Vojta “was the first real successful ‘me’ I had ever seen in STEM.”

Vojta teaches Engineering Physics and College Physics I and II. She has supported the Women in Physics group and advised the student equestrian club at Missouri S&T. Outside the classroom, she is an accomplished poet with three volumes of poetry published since 2019.

Vojta earned her Ph.D. in physics from the Technical University of Dresden in 1994. She joined Missouri S&T in 2002 as an adjunct assistant professor in the physics department.