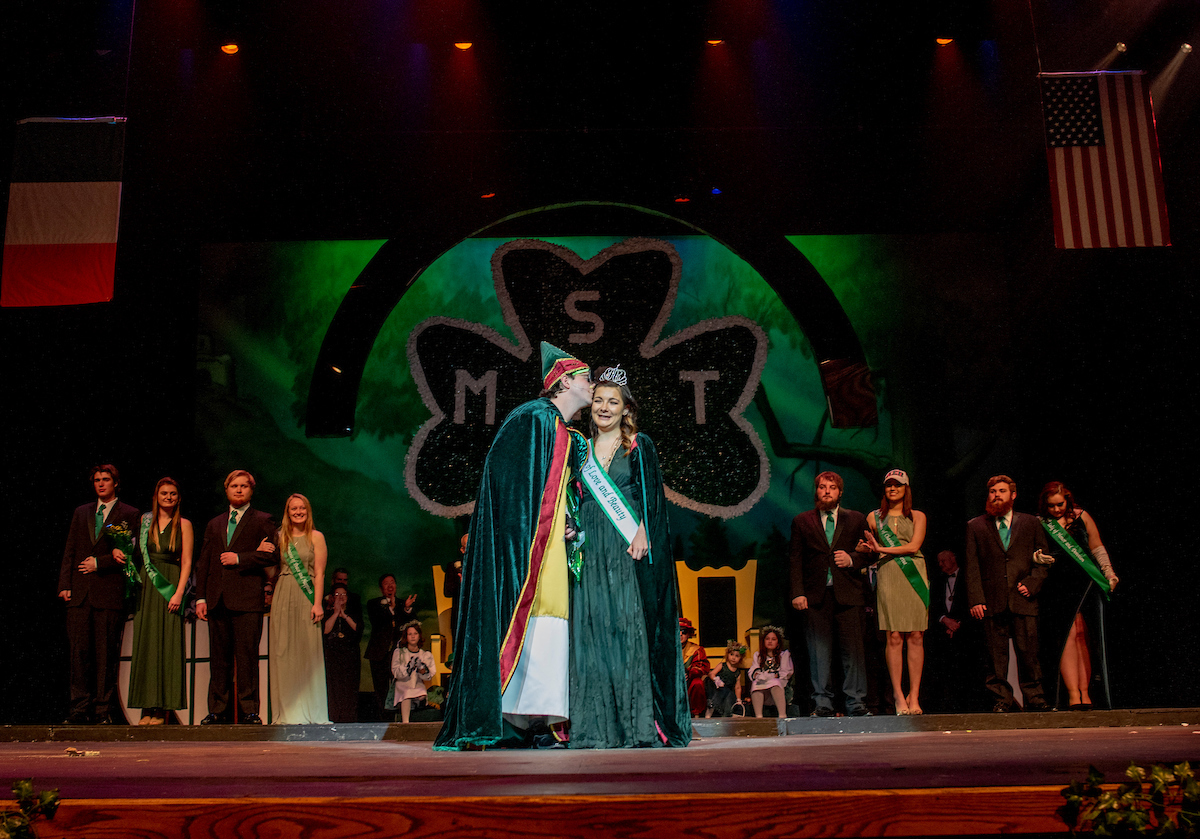 Missouri S&T student Sami Smith, a senior in chemical engineering representing Alpha Chi Sigma, is crowned the 2019 Queen of Love and Beauty for the 111th St. Pat’s celebration in Rolla during the coronation ceremony at Leach Theatre on March 15, 2019. Tom Wagner/Missouri S&T

Missouri S&T is preparing for the 114th “Best Ever” celebration of St. Pat’s in Rolla, and the 2022 Queen of Love and Beauty candidates have been announced.

The Queen of Love and Beauty, her court and the rest of the candidates will all have places of honor on the queen’s float during the 2022 St. Pat’s Parade, which begins at 11 a.m. Saturday, March 19, in downtown Rolla, Missouri.

The 2022 queen candidates are as follows: