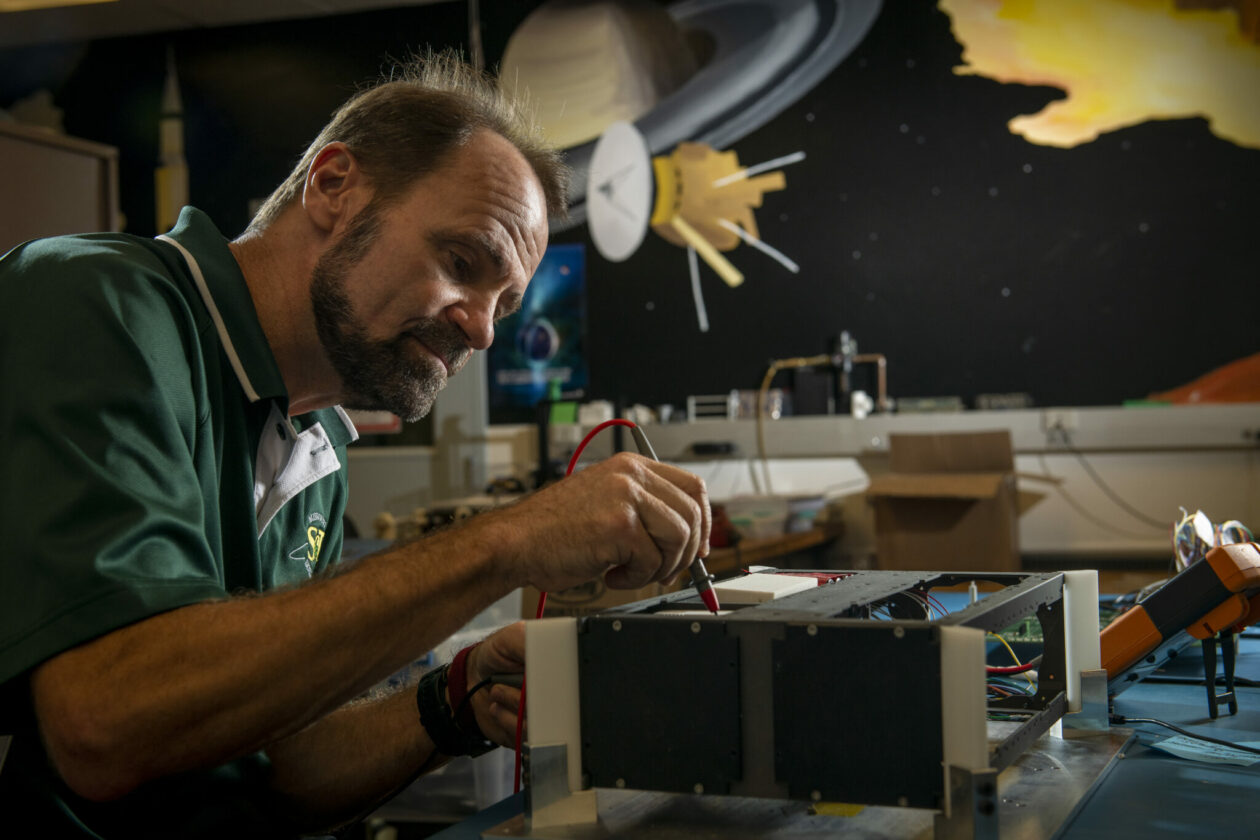 Dr. Henry Pernicka, professor of aerospace engineering and Dean’s Educator Scholar at Missouri S&T, has been named Curators’ Distinguished Teaching Professor by the University of Missouri Board of Curators.

The Curators’ Distinguished Teaching Professorship was established at S&T in 1990 to honor outstanding professors, call attention to teaching excellence, and foster improvements in teaching and learning.

“Dr. Pernicka is a world-class educator in the aerospace engineering program,” says Dr. Richard Wlezien, vice provost and dean of the College of Engineering and Computing (CEC) at S&T. “His work with CubeSats (small research satellites made up of cubic modules) offers students an opportunity not found elsewhere, and he is a role model for us all.”

Pernicka’s research focuses on building small satellites and calculating orbits – effective ways of getting from point A to point B in space. He says the research overlaps with his teaching and his work with the senior design team, which provides students with networking opportunities within the industry. Many of his students have landed summer internships, co-ops and permanent positions with NASA, the U.S. Department of Defense and commercial companies.

“I love the research and teaching I do here, and my motivation is seeing my students have those ‘aha’ moments in the classroom or lab,” says Pernicka. “This recognition is a nice affirmation that Missouri S&T and the University of Missouri System value my contributions. I’m very grateful.”

“I have known and interacted with many outstanding faculty members,” says Dr. David Riggins, associate chair of aerospace engineering and Curators’ Distinguished Teaching Professor at Missouri S&T. “I can categorically state that Dr. Pernicka is the finest teacher and most exceptional faculty mentor to students in the field of aerospace engineering that I have ever known, here or elsewhere.”