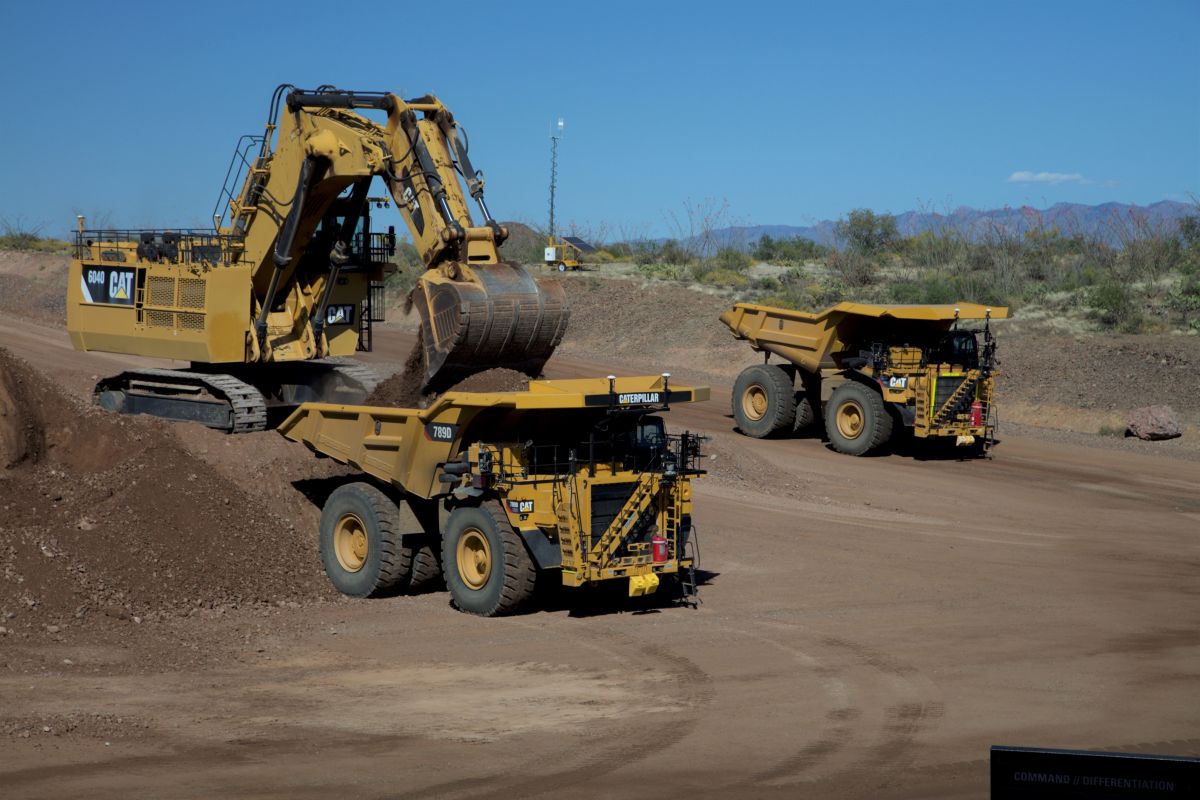 Missouri S&T has been educating mining engineers for 150 years. Mining was part of our first name, really – Missouri School of Mines. No surprise, then, that S&T alumni are still leaders in the industry and are taking mining engineering into the future in highly technical new ways.

“Ken brought me into the program to explain what the trucks have to do in a mine,” Humphrey says. “When the project was turned over to the production group, I stayed on as the functional lead to help them understand how the vehicles were supposed to work. As a result, I have 14 patents relating to the technology.”

Humphrey says that a few years later, Caterpillar decided to deploy the initial fleet of trucks to the Navajo Mine in Farmington, New Mexico, to test them under real mining conditions. The mine also became a training ground for people who would eventually manage mining sites that used autonomous vehicles.

“We went looking for mining engineers, and Rolla stepped up and gave us a lot of good names,” Humphrey says. “We got a bunch to sign up, and they came to Farmington with the knowledge that in one to two years, they would deploy overseas.”

Lee Kirkpatrick, MinE’09, Econ’09; Edwin Madiba, MinE’00, MS MinE’01; Cory Smith, MinE’11, and Phillip Tinoco, MinE’13, joined Humphrey in New Mexico. Humphrey trained the crew, and they helped him incorporate good mining principles into the operation. When the Farmington operation ended, all but Humphrey, who was close to retirement, went to western Australia to work with commercial deployment of autonomous mining vehicles.

Humphrey and Stratton have since retired. Kirkpatrick is an autonomous MineStar site manager for Caterpillar in Perth, Australia. Madiba is a systems and technology mining manager working with Debswana Diamond Co. in Botswana. Smith is in western Australia working as the autonomous haulage deployment manager at the Newmont Corp. Boddington Gold Mine, and Tinoco is in Canada working as Caterpillar’s technology site manager at Highland Valley Copper Mine in Kamloops, British Columbia.

The first mining engineers who graduated from Missouri School of Mines could never have imagined they began a legacy that would result in hundreds of self-driving mining vehicles on three continents that, according to Caterpillar, have moved more than 3 billion metric tons of mined material without an accident.

“Mining is leading the way in autonomy,” Humphrey says. “And the team that got the ball rolling at Caterpillar was made up of Rolla grads.”