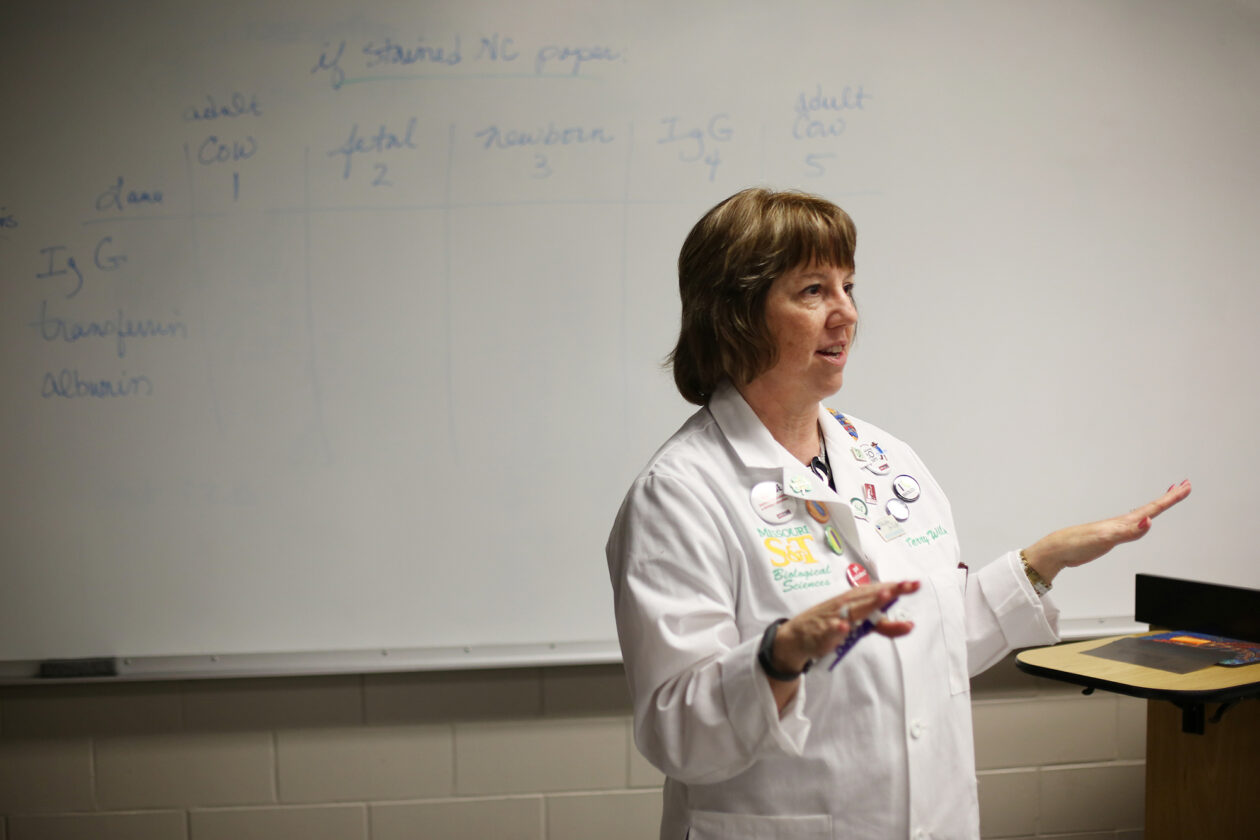 Terry Wilson, associate teaching professor of biological sciences at Missouri S&T, has been named the 2021 recipient of the Dr. Elizabeth Cummins Women’s Advocate Award. She was honored during a campus ceremony on Wednesday, April 21.

The award is given to any Missouri S&T employee, regardless of gender or job designation, that demonstrates commitment to the women on campus through mentorship and advocacy and by setting an example through professional achievement.

Wilson joined the S&T faculty in 1993 as a research assistant. Prior to joining S&T she taught science courses in the Maries R-I school district in Vienna, Missouri, and at Sparta High School in Sparta, Missouri.

Her nominators spoke highly of her mentorship of female students both in and out of the classroom, and her contributions to students’ experiences at S&T.

“Terry Wilson has been an outstanding educator for as long as I have known her,” says one nominator. “Her reputation among the students is impressive and her ability to connect with students is phenomenal. She is quick to utilize new teaching tools and strategies and is always concerned with keeping the best interest of her students at heart.

“I could sit in on any lecture by Terry Wilson multiple times and learn new things,” says one alumna nominator. “She has an exuberant and enticing way of teaching students. She keeps students engaged by telling relevant stories, showing props and inviting students to ask questions.”

Wilson has been awarded an Extraordinary Faculty Award by S&T’s Student Council in 2017, Faculty Achievement Awards in 2010, 2014, and 2016, and Excellence in Teaching Awards in 2002, 2003, 2004, and 2005. She has served on numerous campus panels and committees, and has supervised research in S&T’s Cell Biology Laboratory, Zoology Laboratory, and Biodiversity Laboratory.