A history of Miner pranks 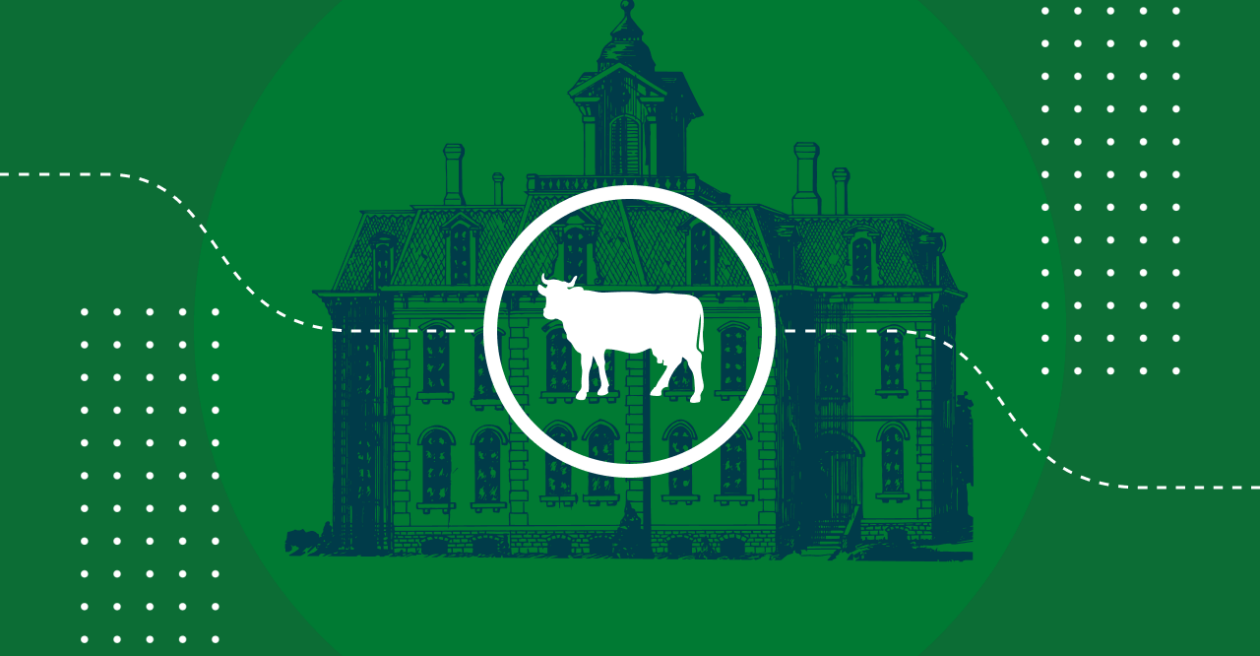 According to the New England Historical Society, pranks have been a part of the college experience since at least the 13th century, when students at Oxford University sent a prostitute to the cardinal in residence. The tradition of pranks came to America with the Puritans in the 1600s.

Two centuries later, the tradition of college pranks found its way to the Missouri School of Mines and Metallurgy in Rolla. Historian Larry Gragg dedicated a chapter to Miner pranks in his book, Forged in Gold: Missouri S&T’s First 150 Years.

Gragg quotes Chicago Sun-Times columnist Neil Steinberg, author of a book-length study of college mischief. “There is something glorious about a college prank,” Steinberg wrote. “In the narrow world of university life, so routine, so programmed and often – like life in the real world – too dull to tolerate, a prank shakes things up, breaks the tedium, and gives hope for a life filled with hidden, delightful possibility.”

“Miners have been all about shaking things up, particularly given the campus’s rigorous programs of study,” writes Gragg. “Their pranks largely fall into one of three categories: pranks against professors and administrators, pranks against fellow students, and pranks causing general mayhem.”

Here’s an example of pranks against faculty and administrators from Forged in Gold.

Folklore scholar Simon Bronner has argued that college students across the nation saw “‘pulling a prank’ in public view” as “empowering” and noted that “pranks aimed usually at the faculty and administration needed to show brazenness and at the same time creativity.” He also found that “farm animals figure prominently in pranks,” perhaps “to indicate the disconnection of library-bound professors from the outdoors.”

Students at MSM were most eager to pull pranks on professors and administrators in the late 19th and early 20th centuries, and they were indeed creative with animals. Director William Echols (1888–91) was one of the earliest targets. His office was in the northwest corner of the third floor of the Rolla Building. Those who recalled the incident years later remembered that

it took place on a Halloween night, but could not remember if it happened in 1889 or 1890. About 20 students walked to a nearby pasture, roped a calf, and led it back to campus. One account of the prank said the students “hoisted” the calf up to a third-floor window, but according to a second account, they took it up the west stairs, “twisting” its tail as they urged it on. Regardless of how they got the calf to the third floor, the students left it locked in Echols’ office overnight. The same night the miscreants took apart a lumber wagon, reassembled it on the first floor of the Rolla Building, and filled it with a cord of wood. When the director arrived at his office the next morning, he “was greeted by the hungry lowing of a young bull.” Mathematics Professor George Dean was one of the students who had participated in this escapade and enjoyed regaling students about it until, according to historians Lawrence Christensen and Jack Ridley, he “walked into his office one morning to find an assortment of livestock occupying the premises.” Dean no longer boasted about his exploit, but that did not stop students from pulling more pranks on “Old Prof.”

Read on for an excerpt about pranks on students.

Going away for the weekend often provided “friends” the opportunity to do something to a person’s room. As one scholar has written about college students, they love to bring “disorder to the order of things” in friends’ rooms. When Joe Chott, a 1966 graduate in electrical engineering, found out that a friend was going to be gone for a couple of days, he and his buddies “scrounged newspapers from the neighborhood and surrounding stores” and then spent hours crumpling the newspapers before “completely filling his room, floor to ceiling, wall to wall, with the crumpled newspaper. When he opened the door to his room, he was stunned to see the wall of newspaper that dumped on him.” Ah, friends.

Wayne Hopkins, a 1967 graduate in mechanical engineering, had a roommate who had had a long Saturday night of drinking. When his friend awoke on Sunday morning, Hopkins persuaded him that he had slept for 24 hours and he “sent him off to a test he hadn’t studied for.”

Bells and horns were popular devices for pranks against fellow students and the campus in general. In the 1890s, Joseph Campbell, a local banker and a member of the university’s board of curators, gave a silver bell to MSM. This “Victory Bell” was at the top of the Rolla Building, and two students came up with a creative way to use it to irritate people. They attached a wire to “the rotating wheel of the college bell, which was in the belfry,” and ran the wire all the way over to Norwood Hall. At night they pulled the wire and the bell started clanging, confusing all, including the head of building and grounds.

Building walls as a prank was appropriate for an institution known for its prowess in civil engineering. After a heavy snowfall in the mid-1970s, students spent a weekend building a snow wall extending from Parker Hall to the mechanical engineering building. The students reinforced the snow with wire and rebar (steel rods with ridges used to reinforce concrete). They also poured water on it to freeze solid their formidable wall, all of which made it quite a challenge for the physical plant crew to knock down.

Many students recalled the construction of a brick wall across Pine Street. As students left the Uptown Theater after a 7 p.m. show, they saw a large pile of bricks that were to be used to construct what became the Pine Street Building. As John Smith, a 1951 graduate in civil engineering, recalled, “All the boys decided it would be a good idea to build a wall.” They constructed a four-foot-high wall that extended across Pine Street, and it took city crews several days “to undo what the hundreds of Miners did in just one hour.”

Halloween always prompted pranks beyond the annual burning of an outhouse in front of the director or dean’s residence on 11th Street. On a Halloween night in the 1920s, students dismantled a heavy freight wagon that MSM used to move equipment around campus. They took all the pieces to the roof of Norwood Hall and reassembled the wagon. At many campuses across the nation, it was common for students to construct mock graveyards to lampoon their professors or members of competing fraternities. At one Halloween at MSM, however, students took trucks and jeeps to a county cemetery and returned with real tombstones, which they placed on campus.

Forged in Gold: Missouri S&T’s First 150 Years, is available from The S&T Store.

One thought on “A history of Miner pranks”