A celebration of international education 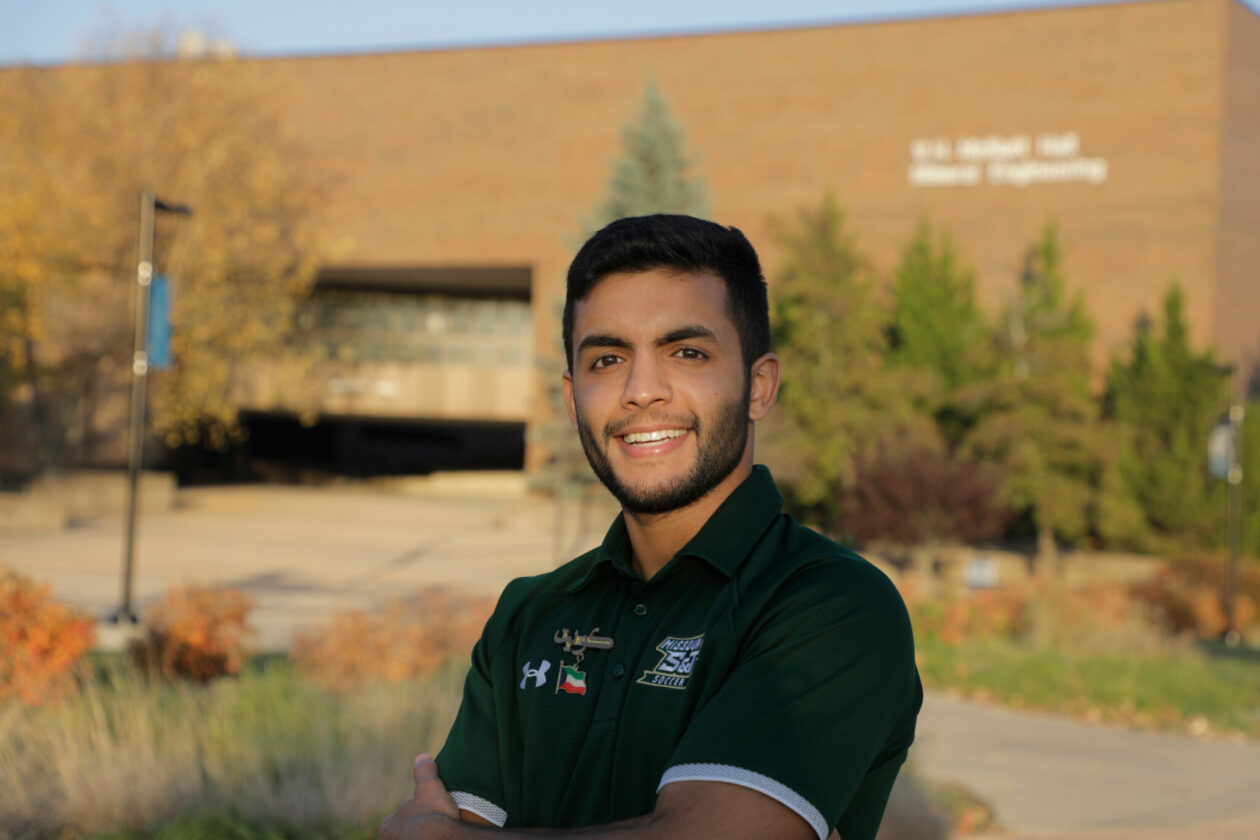 Missouri S&T has a long history of welcoming international students to the Rolla, Missouri, area and sending American students all over the world to further their education. International Education Week, Nov. 16-20, 2020, is an opportunity to celebrate the benefits of international education for everyone who plays a part in that exchange.

Originally from Kuwait, Abdullah Alshammari came to Rolla in the spring of 2017 to study petroleum engineering, and says he wasn’t expecting such a small college town.

“I thought it would be much bigger and have taller buildings,” says Alshammari. “But I love Rolla. It means a lot to me and is my second home. You won’t find a community like this anywhere else; people here really help and support each other.”

Alshammari says he decided to stay at S&T due to his involvement with the campus and community. As an undergraduate, he worked with several professors in the GGPE department on research, and he has authored several research publications. At the 2019 American Association of Drilling Engineers (AADE) National Technical Conference and Exhibition, Alshammari won first place and the Sandy Purdy Gold Medal for his research poster titled “Application of Environmental Friendly Drilling Fluid Additives: Can Eco-Friendly Additives Substitute the Conventional Chemicals Used in Water-Based Drilling Fluid?”

“He spent a great deal of time visiting with us and sharing meals and conversations,” says Lisa Taylor, who Alshammari describes as his American mom. “We all started to feel like he was part of the family, and so it seemed a natural thing for him to live with us while he completed his education here in the United States.”

At first, he says he refused because he thought the Taylors were just being polite. When they asked again and insisted, Alshammari accepted and moved in with them that fall.

“It was like moving in with close friends,” Alshammari says. “It was very different at first, but I really feel like they’re family to me now.”

Taylor describes Alshammari as having a positive attitude and not afraid to face new challenges.

“Abdullah takes his education and grades seriously and excels within his petroleum engineering department,” says Taylor. “There is simply nothing he can’t do when he sets his mind to it. He lives life to the fullest, and also follows a very high personal moral code. To say I am proud of the young man he has become while living with us would be a great understatement.”

New things to do

Alshammari has thrived academically and socially at Missouri S&T. He is a member of the American Association of Drilling Engineers and the Society of Petroleum Engineers. During his senior year at Missouri S&T, Alshammari joined the men’s soccer team. He played soccer in high school in Kuwait and says he has enjoyed playing again.

One of the biggest events of the year for international students is the Celebration of Nations – an annual parade and showcase for celebrating diversity and the cultures and people at Missouri S&T. Thousands of people from across the region attend the event. In the 2019 Celebration of Nations parade, Alshammari and other Kuwaiti students from Missouri S&T won the “most visually appealing” float.

Now, Alshammari works with new foreign students in the department in case they are overwhelmed by the culture and sometimes unfamiliar language. He says he is doing his best to be a superior ambassador to his country both on and off campus.

“While at S&T, I learned that communication is the most important life skill you have to learn,” says Alshammari. “I’ve also learned that different cultures may affect who we are, but there’s not that many differences between people. Sometimes we just speak different languages.”

2 thoughts on “A celebration of international education”