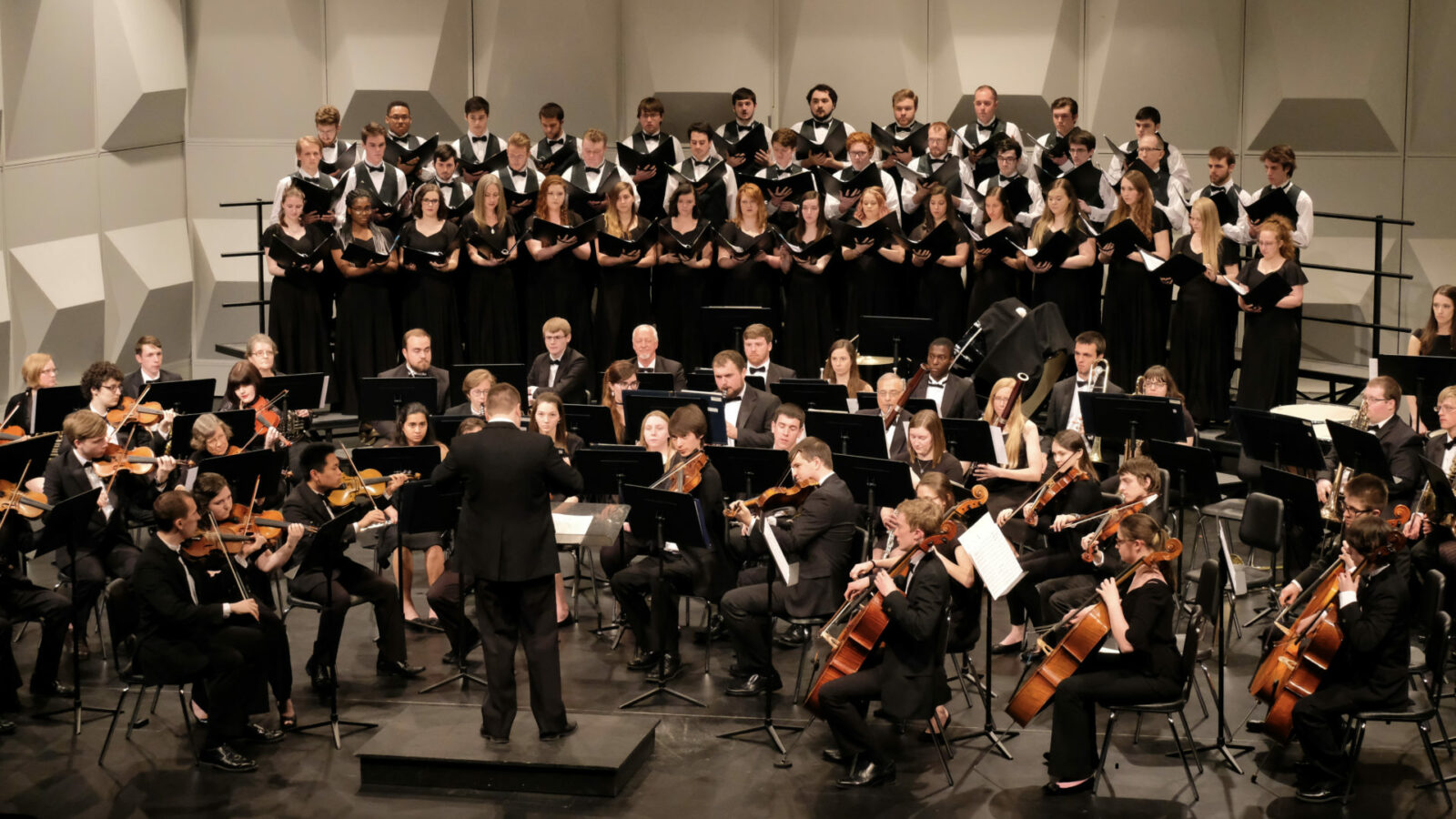 The concert will be held at 2 p.m. Sunday, Dec. 8, in Leach Theatre of Castleman Hall, located on the Missouri S&T campus at the corner of 10th and Main streets in Rolla. The concert will feature performances by the University and Chamber Choirs, directed by Lorie Francis, and the Symphony Orchestra, directed by Dr. Kyle Wernke.

The choirs will perform “Tomorrow Shall Be My Dancing Day” by John Gardner, “A Glimpse of Snow and Evergreen” by Vijay Singh, and Mykola Leontovich’s “Carol of the Bells.” The Symphony Orchestra will perform an arrangement of music written by Patrick Doyle from the movie “Harry Potter and the Goblet of Fire,” “A Christmas Festival Overture” by Leroy Anderson, and Alfred Reed’s “Russian Christmas Music.” The concert will end with the ensembles joining together with the audience to perform John Finnegan’s “Christmas Singalong for Orchestra and Audience.”

“Join the S&T Choirs and Symphony Orchestra and as we celebrate the sounds of the season,” says Wernke, an assistant teaching professor of music. “This year’s holiday concert is sure to be a hit with children and adults of all ages, we even hear Santa will be making an appearance.”

Tickets are $5 in advance or $7 at the door for the public, and free to youth, ages 18 and under, and Missouri S&T students with a valid ID. Tickets can be purchased 10 a.m. to 4 p.m. Monday through Friday from the Leach Theatre Box Office, located in the vestibule inside the main entrance to Leach Theatre, facing 10th Street. Tickets can also be purchased online at leachtheatre.mst.edu/tickets or by calling 573-341-4219. Service fees may apply to tickets purchased online or by phone.

On December 3, 2019. Posted in College of Arts, Sciences, and Business, Department of Arts, Languages and Philosophy, Events