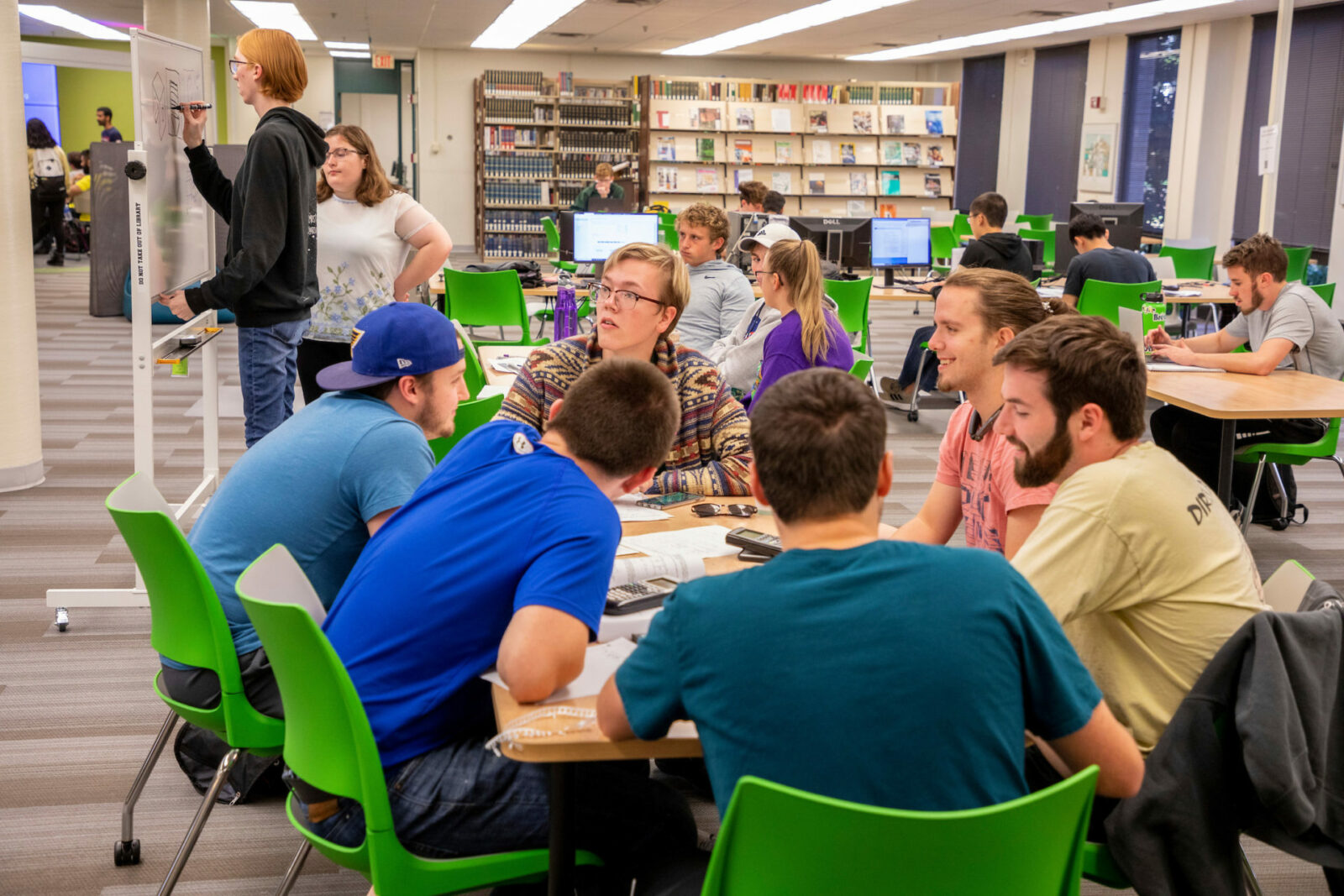 Students in Laurie Myers’ Innovation for Design Thinking class present their ideas for a new Humanities Collaboratory during a class in the Curtis Laws Wilson Library. Photo by Tom Wagner/Missouri S&T

Is college worth it? That’s a question on the minds of many Americans today. A new study from Georgetown University identifies which universities in the U.S. provide the greatest long-term financial gain for their graduates, and shows that a degree from Missouri University of Science and Technology is one of the most valuable in the nation.

The study, “A First Try at ROI: Ranking 4,500 Colleges,” released today (Thursday, Nov. 14) by Georgetown’s Center on Education and the Workforce (CEW), places Missouri S&T among the nation’s top 50 universities in three categories related to return on investment and No. 51 in a fourth category. Missouri S&T is also the top university in those categories among the state’s public colleges and universities and No. 2 to St. Louis College of Pharmacy, a private institution.

The Georgetown researchers used data from the federal government’s College Scorecard to calculate the value of a credential from 4,500 two-year and four-year institutions, public and private, over different time periods.

“Everyone is asking, ‘Is college worth it?’ and we set out to try to find an answer,” says Dr. Anthony P. Carnevale, lead author of the Georgetown study and CEW director. “Not only will it help students, but this kind of information on the costs and benefits of higher education holds institutions more accountable.”

“This research affirms what our alumni and employers of our graduates have told us for years: that a Missouri S&T degree is one of the greatest investments a student can make,” says Missouri S&T Chancellor Mohammad Dehghani. “A degree from Missouri S&T is truly a million-dollar degree.

“This study also aligns with other national rankings that place S&T among the top universities for return on investment,” Dehghani says.

The average starting salary for Missouri S&T bachelor degree graduates was $63,892 in 2018 and $72,622 for those who earned master’s degrees.