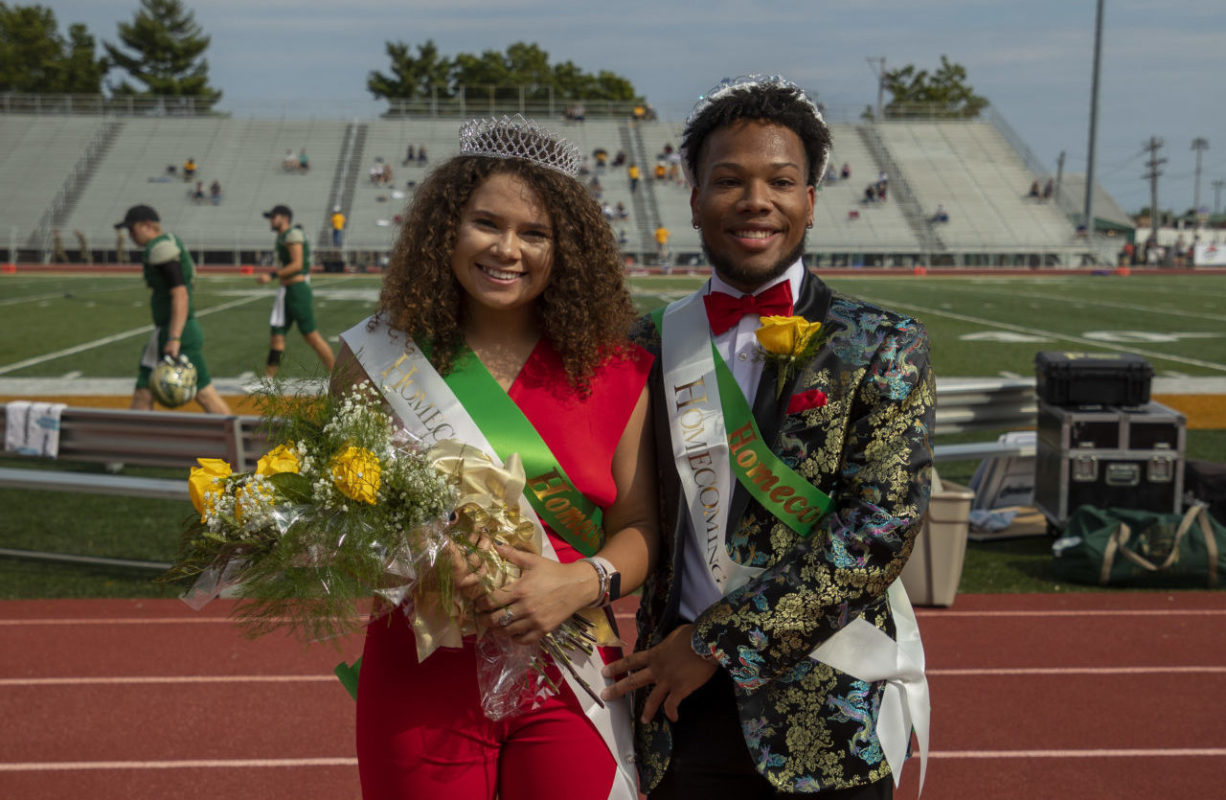 Garcia and Peatross after being crowned at halftime of the Homecoming football game. Photo by Tom Wagner, Missouri S&T.

Missouri S&T crowned the 2019 Homecoming Queen and King at halftime of the Oct. 5 football game between S&T and Quincy University.

Miriam Garcia, a junior in chemical engineering from St. Peters, Missouri, was named Missouri S&T’s 2019 Homecoming Queen. She was nominated by Chi Omega. Jamon Peatross, a sophomore in mechanical engineering from O’Fallon, Illinois, was named Missouri S&T’s 2019 Homecoming King. He was nominated by Chi Omega.