Posted by Andrew Careaga
On December 2, 2018 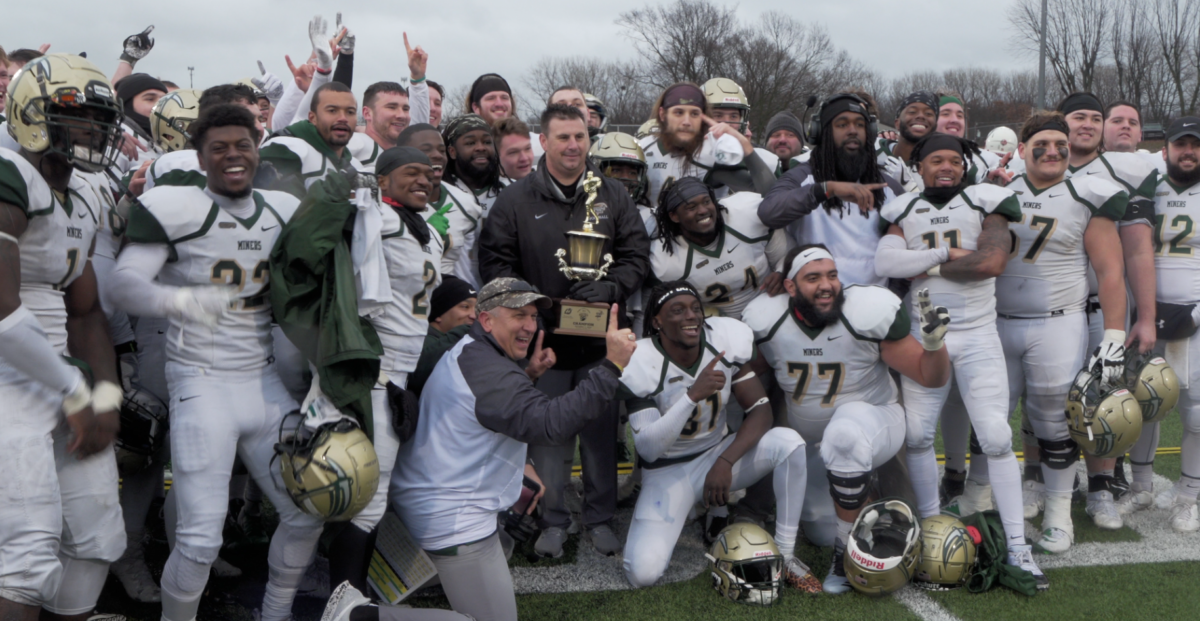 Head Coach Tyler Fenwick poses with Missouri S&T’s football team and the Mineral Water Bowl trophy on Dec. 1, 2018. The Miners defeated the Dragons of Minnesota State University Moorhead to claim the second bowl victory in the school’s history and its first in 68 years.

EXCELSIOR SPRINGS, Mo. — It was a long time between bowl games — 68 years, to be exact — but the Missouri S&T Miners proved they were worthy of the post-season on Saturday (Dec. 1, 2018) with a convincing win over the Minnesota State University Moorhead Dragons in the 2018 Mineral Water Bowl.