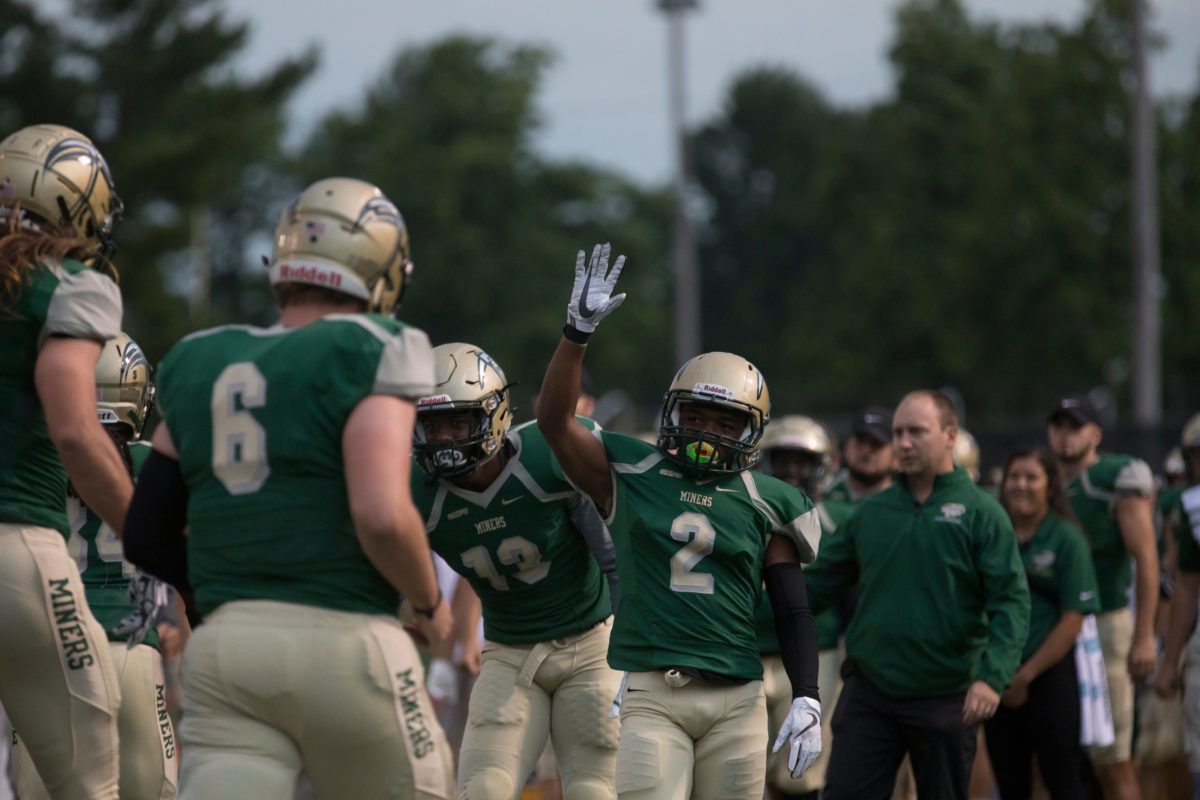 The fall 2020 Miner football season will be postponed until spring 2021 after a decision by the GLVC. Photo by Sam O’Keefe/Missouri S&T

For the first time since 1950, Missouri S&T’s football team will get an opportunity to play in a post-season bowl game. The Miners have been selected to play in the 53rd Mineral Water Bowl this December.

The Miners went 9-2 in the 2018 season, including 6-1 in the Great Lakes Valley Conference (GLVC), and will face Minnesota State University Moorhead in the Mineral Water Bowl. Kickoff will be at noon Saturday, Dec. 1, at Tiger Stadium on the Excelsior Springs High School campus in Excelsior Springs, Missouri.

Missouri S&T earned nine wins in a single season for the fourth time in its history, with the team’s latest win extending S&T’s win streak to five. The Miners have averaged 32.5 points-per-game this season – the third-best in the GLVC.

Tickets are $10 for all attendees ages five and up and are available for purchase through the Missouri S&T athletics office by calling 573-341-4175. Tickets can be picked up at the athletics office or at a will-call table at the stadium on the day of the game.

The bowl bid is the first awarded to a member of the GLVC since the league began sponsoring a football championship in 2012. The last time the Miners played a post-season bowl game was in the 1950 Corn Bowl, in which S&T beat Illinois State University.