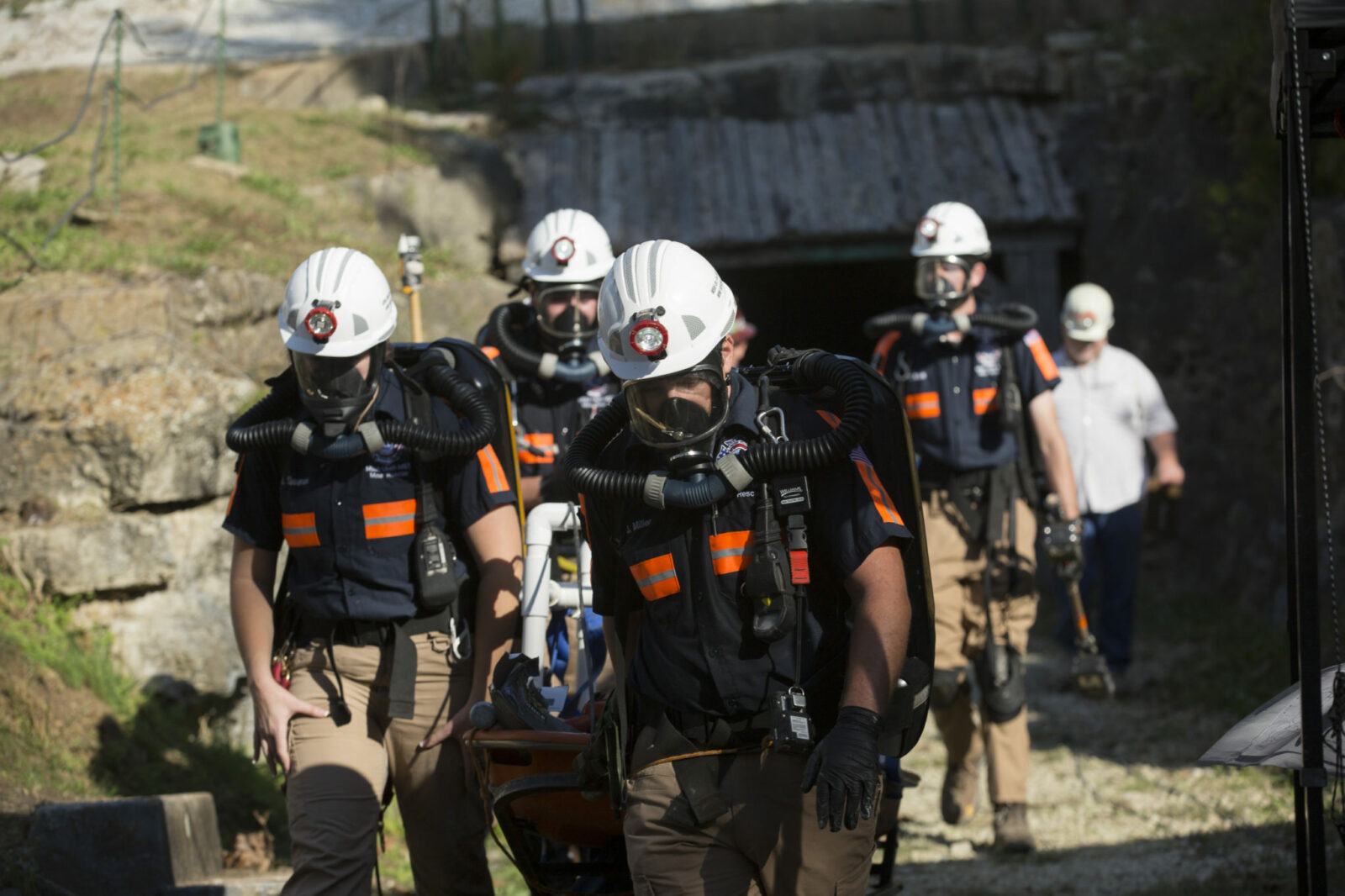 In 2016, Missouri S&T hosted the 34th Annual Mine Rescue Competition designed to simulate a mine emergency at the Experimental Mine in Rolla. Photo By Sam O’Keefe/Missouri S&T

The competition, which is designed to simulate a mine emergency, will take place Monday, Oct. 1, through Thursday, Oct. 4, at Missouri S&T’s Experimental Mine. Missouri S&T’s student team will compete against multiple teams of professional miners and one other university.

“The Missouri Mine Rescue Association is one of the strongest in the nation and consists of 10 teams,” says DeWayne Phelps, engineering technician II in mining engineering at Missouri S&T. “The competition is known in the industry as the ‘Little Nationals,’ since many of the best teams come here to compete.”

The following S&T students are members of the Gold team: