Fireworks 101: Behind the scenes of a pyrotechnics class 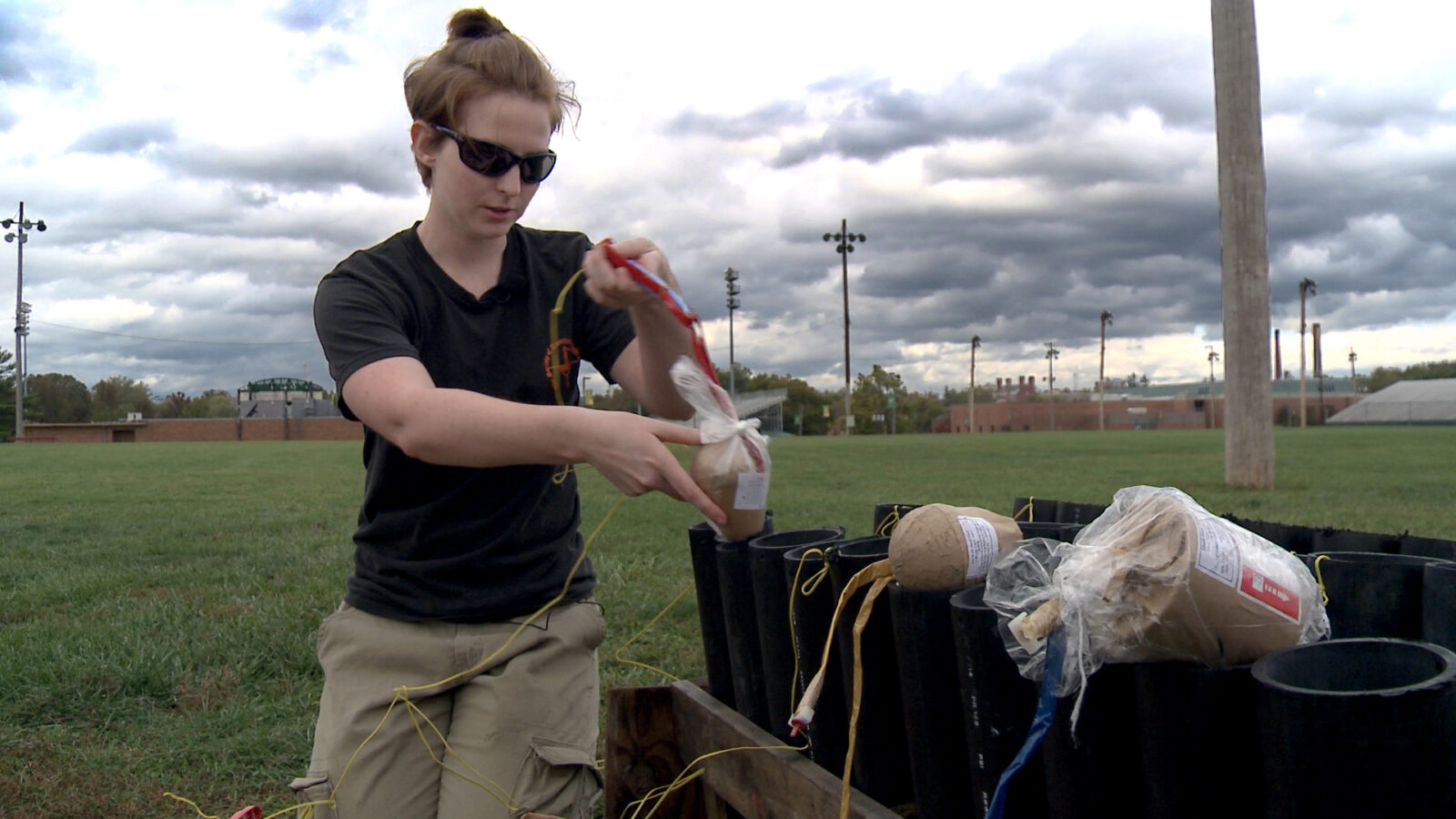 Five hours before kickoff of a Missouri S&T Miners football game last September, Leanna Lincoln and her dozen S&T classmates are wiping sweat from their brows. The sun beats down on an empty practice field just beyond the south end zone as Lincoln listens to S&T explosives engineering instructor Jerry Vaill.

Their assignment: Shoot off a 2.5-minute fireworks show during halftime.

“I want to go into entertainment, so this is a really good class for me to take,” says Lincoln, grabbing a waist-high rack of black HDPE pipes that serve as the fireworks’ launch tubes. “This was the only university I could find where I could take this class.”

S&T is the only university to offer a commercial fireworks display course. Any S&T student can take this class, known as Explosives Engineering 5512: Commercial Pyrotechnics Operations.

Lincoln and her fellow students drop softball-sized shells of cardboard and paper into the launch tubes. The shells contain the black powder lift charge, fuse and compounds — the sodium, barium and copper that make the yellow, green and blue exploding stars that paint the night sky with color.

Before dropping the shell, Lincoln splices two wires from an electric match into each shell. The resulting spaghetti-like array of wires from each student’s shells is fed into a lunch-box sized, terminal box topped with dozens of buttons that connect to a firing panel. One student sits near the firing panel to ignite the show.

At halftime’s end, the students’ efforts are rewarded with applause from the crowd – and a few car horns from the surrounding parking lots.

After checking the spent launch tubes for launch failures, the class grabs leaf rakes and trash bags to scoop up every piece of cardboard, wire and other firework debris from the launch site.

From L.A. to Leach Theatre

Lincoln left her native Los Angeles to work behind the scenes in entertainment at Missouri S&T. The mechanical engineering major is often running stage lights or loudspeaker sound at Leach Theatre productions or other campus events.

“I realized I wanted to do engineering, because I could be very good at it,” Lincoln says. “I could really improve the entertainment community.”

During the third week of class, Lincoln hits the road to stage a 20-minute fireworks show choreographed to ‘80s pop tunes for a charity fundraising event at the Lake of the Ozarks in central Missouri. Choreographing fireworks to music add another layer of difficulty.

This time, the show is controlled by a laptop computer with software that can time the shells so the “boom” arrives to the beat of the music. Shells will launch from a barge on the lake.

As Lincoln sets up the show she talks about her dream job.

“When Beyoncé needs a concert, when U2 needs a concert, they call this company to do the staging” she says. “They are also branching out to do some pyro[technics] of their own. Drones, sound — that company does it all. So that is where I want to work. The really big stage stuff.”

After three hours of set-up, Vaill and two others board the barge and it is pushed into position. Guests gather on the patio at twilight to watch. The class watches from an adjacent hillside with Dr. Matt Coy, a recent S&T graduate who teams up with Vaill to shoot off the fireworks and flame effects at Kansas City Chiefs’ home football games.

Coy gathers the class around his cell phone, which simulcasts the show’s music. At the end of the show, applause and blaring boat horns signal the audience’s approval.

With several shows completed as summer turns to fall, it’s finally time for Lincoln to be the one person shooting off the fireworks. By now, she is comfortable working with explosives.

“I have learned that, ok, this isn’t going to explode on me, it’s all good,” she says, dropping a four-inch shell into a launch tube.

Just before kickoff, the wind increases and shifts directions. Leaving the fireworks launch tubes in place would send the smoke plume and debris from their aerial explosions over the stadium. Vaill decides to move the dozens of launch tubes to another field downwind of the stadium. 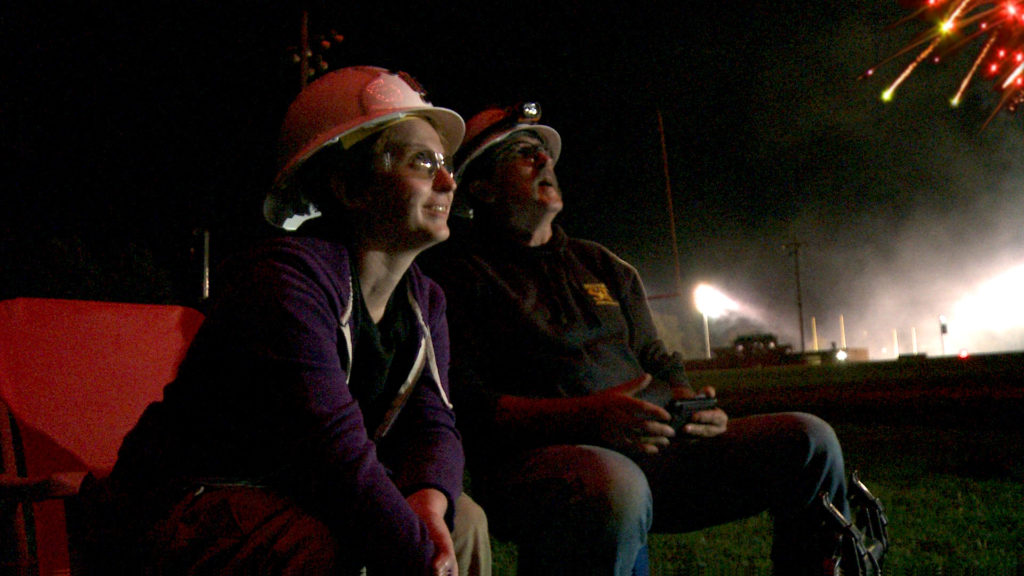 As halftime ends, Lincoln and Vaill sit on metal folding chairs awaiting their cue to launch. The only thing around them are the rows of fireworks 100 yards away and a single wire heading toward the launch control box at their feet.

Stopwatch in hand, Vaill counts down the seconds to detonation.

Lincoln pushes the red box’s buttons, taking quick glances up to watch the resulting explosions. Her head bobs in time with the shell’s thunderous exit of the tubes.

Two minutes later, as the finale’s explosions echo over the football stadium, Lincoln throws her arms aloft and lets out a “whoo hoo!”

After completing the class, Lincoln passed the State of Missouri Fireworks Display Operator License test. She’s currently on an internship with an Omaha, Nebraska, audio-visual company and awaiting the call to shoot off pyrotechnics for someone.

“I would like to do some pyro work up there,” Lincoln says. “Fourth of July, summer, they are going to need people.” 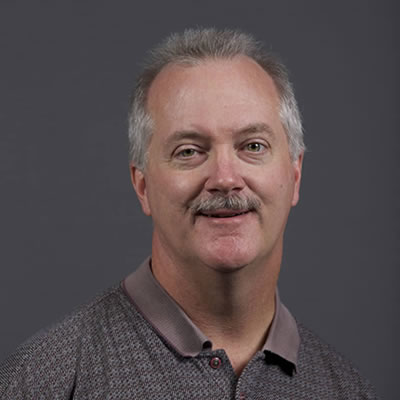 On June 27, 2018. Posted in College of Engineering and Computing, Featured, People