A conversation on LGBTQ campus life

Missouri S&T’s LGBTQ community is among the groups who find S&T to be less welcoming than majority students, according to a 2016 campus climate survey.

This is the third in a series of articles about campus climate issues that were brought to light by the university’s campus climate survey, the results of which were presented in September 2017.

This summer, cities from St. Louis to Singapore will again celebrate gay pride with parades, lectures and other public events, an annual occasion now for several decades in some communities.

Closer to home, Rolla and Missouri S&T will remain quiet — and not only because it’s summer.

To be an openly gay or lesbian student on campus (or someone not on the male/female gay/straight gender/sexual binary) can mean being seen but not heard, say S&T community members interviewed for this article.

“It’s a lonely feeling,” says Brendon Zavala, a rising senior and nuclear engineering major from Kansas City who is out.

“When you look at our LGBTQ student population, they’re much quieter, they’re much more reserved (than on some other campuses),” says senior assistant director of student diversity initiatives Ben White, who is also gay. “They want a safe, almost anonymous space in which to exist, where they can be themselves without judgment.”

Nearly 13 percent of undergraduate respondents considered themselves to be LGBTQ, the 2017 survey shows. Just under 5 percent of the nearly 1,000 undergraduates who responded to the survey identified as being on the trans spectrum.

Among those who reported experiencing “exclusionary, intimidating, offensive and hostile conduct” in the year prior to the climate survey, gender and gender identity was the most-cited reason. Such conduct could mean anything from being shunned or ignored to being bullied and harassed. Sexual identity was also among the characteristics most often cited by those who reported exclusionary and offensive conduct.

Undergraduate respondents described “a pervasive atmosphere where people not of a certain gender or sexual identity are ignored,” the report concludes. The 441-page study also notes that those who identify as LGBQ – a category the survey defines as lesbian, gay, bisexual, queer or questioning — as well as other sexual minorities (including asexual) and those on the transgender spectrum were more likely to report unwanted sexual experiences, from harassment to sexual assault.

“There are still pockets of confusion,” says Dr. Susan Murray, professor and chair of psychological science at S&T, who publicly identifies as lesbian. “We’ve gone from blatant discrimination to some people still being uncomfortable, or some people who still don’t understand, and so the discrimination may be unintentional, or not as blatant.”

“I just tried to avoid interacting with him”

For Zavala, being gay and out at S&T has drawn a range of responses, from tentative support to disinterested ambivalence to intolerant scorn.

“Most of the student body is younger, and more accepting (of gay, lesbian and bisexual peers),” he says, while noting that transgender students typically face more challenges on campus, and more overt discrimination.

In his department, though, Zavala says he “feels more alone. I don’t know if anyone else there is gay. And if they are, they’re certainly not as out as I am.” 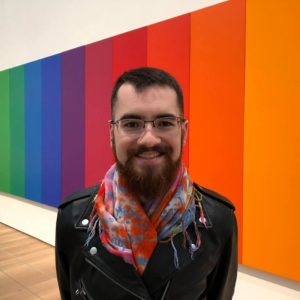 After moving out of a university residence hall, Zavala agreed to share an off-campus apartment with a classmate who assured him that Zavala’s sexuality was not a concern. The classmate later expressed disapproval over aspects of his roommate’s behavior that Zavala suggests were motivated by discomfort.

“I just tried to avoid interacting with him,” he says. “I’d open my door, and if I heard him going into the kitchen, I’d just close the door. I’d also avoid having my gay friends over, or even talking to gay friends over the phone.”

Zavala is an active member of Spectrum, a campus organization for LGBTQ students and their allies. As one of just two campus organizations for queer students, Spectrum provides Zavala and other members with a “safe space” they say can be hard to find elsewhere at S&T, or in Rolla.

“It’s like going into a store with air conditioning on a hot summer day,” he says. “You feel like you can breathe easier.”

Until recently, Zavala and other male S&T students, gay, straight or bi, could also join the Beta Nu chapter of Delta Lambda Phi, a social fraternity “founded by gay men for all men” and chartered on campus in 2007. The chapter dissolved this past academic year due to lack of interest, according to Ben White.

“Members of the gay community who would be a part of DLP have found inclusive spaces that fill the same need in other fraternities. Which is not a bad thing,” White says.

“Part of the struggle was DLP not changing with the times,” he adds. “There are a number of fraternities on this campus that are very open to having gay members. And that’s wonderful. We didn’t have that five years ago.”

The other LGBTQ student organization on campus is Gamma Rho Lambda (GRL), which bills itself as an “all-inclusive, multicultural” sorority whose members include “any past or presently identified females regardless of sexual orientation … (or) gender identity.”

The S&T chapter, which launched in April 2017, has several transgender students, including Steve, a rising junior in the College of Arts, Sciences, and Business who asked to be identified by a pseudonym to protect his privacy and out of concern over possible retaliation.

Steve, a 20-year-old native of northeast Missouri who was born female, says that after his parents rebuffed his attempts to come out as a gay, transgender male at 16, he struggled to “still figure out my identity.”

That meant coming out as a lesbian as a first-year student living in residential housing, where what Steve calls “public displays of affection, like cuddling on the couch,” led to another student lodging a Title IX complaint to university officials of inappropriate touching.

While records of such complaints are confidential, Steve and several other students interviewed say the allegation was found to be without merit, and one they believe was motivated by intolerance. Though allowed to remain in campus housing, Steve instead moved out at the end of the year and now lives with two friends and fellow sorority members who also don’t strictly hew to the male-female binary.

“I really don’t think I’d be alive if it weren’t for GRL,” he says.

Whether on campus or in the greater Rolla community, Murray has long lived a public life, including helping to lead a multi-year effort by University of Missouri system employees to add same-sex partners to their health insurance plans.

That was hardly the case when the industrial engineer arrived here in 1994 to teach engineering management. It would take nearly another decade — and only with the promise of job security and the realities of motherhood — before she would openly acknowledge her sexuality.

“I was warned that it was very dangerous to come out before I was tenured,” recalls Murray, now professor and chair of psychological science at S&T. “There had been people who aren’t okay with it. … I came out as a lesbian after I was married and tenured but before I was pregnant, because that’s when a lot of questions come out about, ‘How did you get pregnant?’”

“The other day, I saw two female students walking down the sidewalk holding hands and thought, ‘That’s kind of nice.’ And nobody seemed to care,” she says. “I would have never have thought I would have seen that in the ‘90s.”

Also gone are the days when “the first place (arriving LGBTQ students) would go was the counseling center, because there was such a stigma” to being gay, Murray says. Many Generation Z students, like society as a whole, now get to campus having already confronted issues of gender and sexual identity.

“Because society has moved, a lot of students are figuring out that they’re trans or gay or lesbian in high school. They’re coming here already having figured that out. Whereas back in the day, they may have started to wrestle with that at the college level.”

“What was it going to be like for me working on this campus and living in Rolla?”

Moving from an Oregon liberal arts campus he calls “beyond super-liberal” to the far more conservative Missouri Ozarks, Ben White asked his then-supervisor in the student life department what awaited.

“She had a very honest answer for me,” says White, who came to campus from Reed College in Portland. “She told me that at S&T, I believe everyone is treated with respect, (but) you will be among a very small population of staff who are out — and comfortable with being out. You’re going to be a very valuable resource for our students. They’re looking for solid mentors.”

White helps plan activities and programs aimed at students from underrepresented groups, including a National Coming Out Day celebration in the Havener Center atrium in October 2017 that for the first time included a display of rainbow flags to more prominently highlight LGBTQ campus life.

“That was something I felt really strongly about,” he says. “We need to instill some pride, we need to connect our pride as members of the LGBTQ community.”

Outside of work, White is co-owner of Frisco’s Grill & Pub in nearby Cuba, Missouri, with his business and life partner Jimmy West. White says the pair, who also live in Cuba, are recognized as local business leaders.

“We are known in the community and have a good reputation,” White says. “We’re able to serve as positive role models for what it means to be gay business owners. We’re not afraid to talk about our identity as gay men, and our partners. But it doesn’t define us.”

2 thoughts on “A conversation on LGBTQ campus life”