Posted by Delia Croessmann
On January 2, 2018

As a contributor to global research and advancement in the social sciences, Dr. Shannon Fogg, professor and chair of history and political science at Missouri University of Science and Technology, has been selected to serve as a visiting scholar at the Ecole des Hautes Etudes en Sciences Sociales (EHESS) in Paris for the month of January. 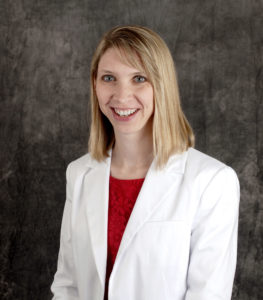 Shannon Fogg, professor and chair of history and political science

Fogg is a European historian who specializes in the history of modern France with an emphasis on the social history of World War II and the Holocaust. Fogg’s latest book, Stealing Home: Looting, Restitution, and Reconstructing Jewish Lives in France, 1942-1947, examines the looting of Parisian Jewish apartments and the postwar restitution process. The book offers an important perspective on the process of regaining legal and property rights after the Holocaust, Fogg says.

While in residence, Fogg will deliver a keynote address at the international conference, “Home as a Place for Anti-Jewish Persecution in European Cities.” The conference will focus on urban housing as a place for anti-Jewish persecution in Europe from 1936-1948. This topic has been overlooked in the documentation of Holocaust history, which tends to focus on persecution in the camps and ghettos, Fogg says. Fogg’s keynote address, “Housing in Paris and the Restoration of the French Republic: The Implementation of the November 14, 1944 Order,” will examine the first postwar ordinance related to returning homes to Holocaust survivors.

Working with Dr. Isabelle Backouche, director of studies in the EHESS’ Centre de Recherches Historiques, Fogg will deliver three seminars on her recent research on the rebuilding of Jewish lives in Paris after World War II.  She also will collaborate with a transnational team of researchers on a project that will address the cities and social dynamics of anti-Jewish persecution in Europe before, during and after World War II.

This research will seek to bridge various perspectives and methods of investigation and cases related to German-occupied European cities prior to and during World War II, particularly Paris.

The EHESS is dedicated to developing all forms of scientific knowledge concerning human interactions and relationships and is considered an international “innovation hub” for the social sciences. For nearly 70 years, it has focused on the renewal and reinvention of theories, methodologies and practice in history, anthropology and sociology.