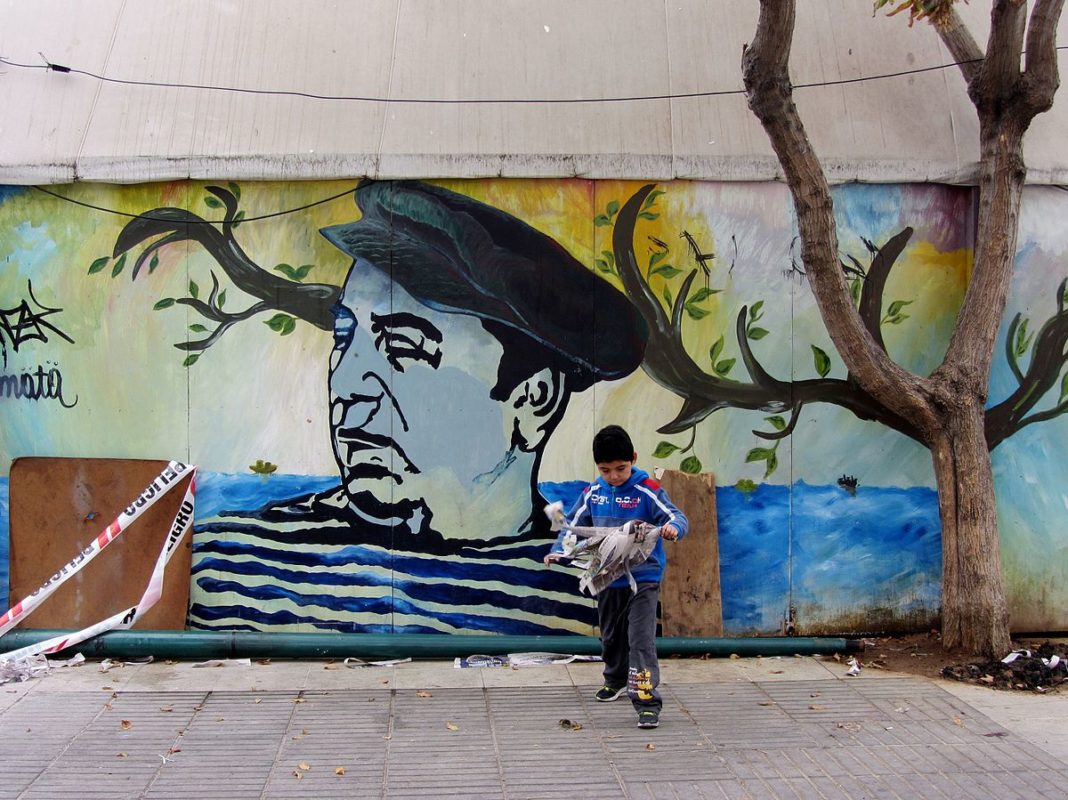 Pablo Neruda, the legendary Chilean poet-diplomat, is the subject of this public wall art. Learn more about his life at the Apr. 5 screening of “Neruda” at 7 p.m. in Toomey Hall.

Starting Thursday, Jan. 25, cinema lovers from the campus and community can view a diverse repertoire of French and Hispanic films during the spring semester at Missouri University of Science and Technology. The screenings are free of charge and open to the public.

“We are delighted to be able to bring these international films to the Rolla community,” says Dr. Audra Merfeld-Langston, chair of arts, languages and philosophy and an associate professor of French. “Together, the two series offer a great diversity of perspectives, languages, and cultures.”

Movies in the Hispanic Film Festival will be shown at 7 p.m. on five Thursdays in Room 199 Toomey Hall, 400 W. 13th St. in Rolla. The series kicks off  Jan. 25 with a screening of the Argentinian comedy “The Tenth Man .”

Other films in the series include:

The French films, subtitled in English, will be shown at 7 p.m. on five Tuesdays in Room 104 Physics Building, 1315 N. Pine St. in Rolla. The April 17 screening will feature a double feature, with an additional film shown at 2:30 p.m.

Funding for the French film series was awarded to co-applicants Merfeld-Langston and Dr. Max Tohline, assistant professor, by the FACE Foundation as part of its Tournées Film Festival program. The Tournées Film Festival is made possible through the support of the Cultural Services of the French Embassy in the U.S., the Centre National du Cinéma et de l’Image Animée (CNC), the French American Cultural Fund, Florence Gould Foundation and Highbrow Entertainment.

Due to budget issues, Missouri S&T’s traditional Free Film Series is on hiatus. The university
plans to resume this series in the future, says Dr. Stephen Roberts, vice provost and dean of the College of Arts, Sciences, and Business.

“We plan to integrate aspects of the Free Film Series with these newer international offerings to provide the campus and community with a larger and more diverse rotation of film festivals,” Roberts says.

On January 16, 2018. Posted in College of Arts, Sciences, and Business, Department of Arts, Languages and Philosophy, News