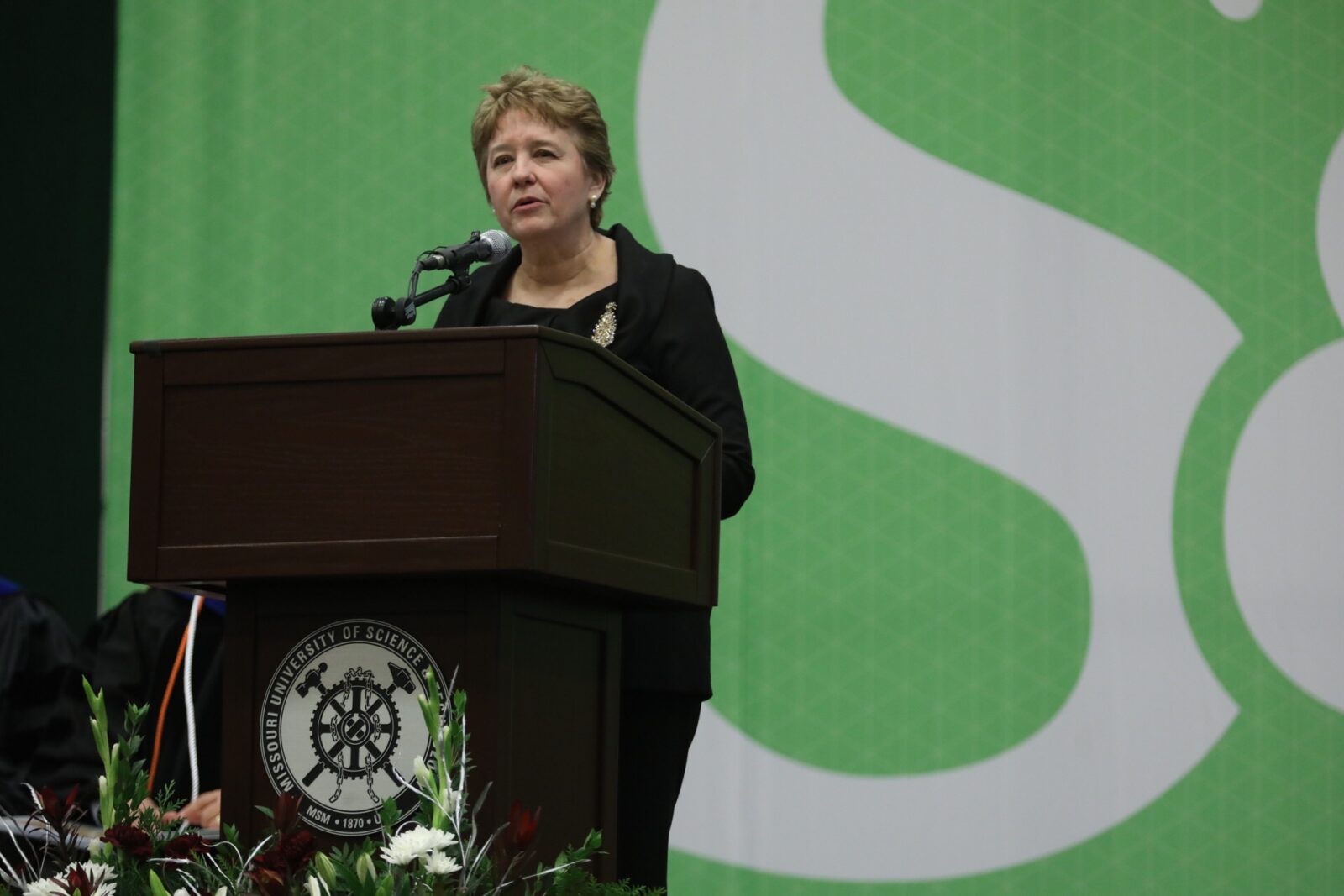 Kathy Walker of Olathe, Kansas, managing director at OPENAIR Equity Partners, told graduates of Missouri University of Science and Technology that developing positive influence is an important skill – one that takes maturity and fortitude to practice.

Walker, the incoming president of the Missouri S&T Board of Trustees, spoke during commencement ceremonies at Missouri S&T on Saturday, Dec. 16. Walker earned a master of science degree in engineering management from Missouri S&T in 1982.

“In your next chapter in life, achievements won’t be graded and fewer things will be measured as right or wrong,” Walker said. “Business accomplishments will be much more about team results and your ability to contribute and thrive in a team environment. That success is heavily dependent on influence.”

Walker spoke about being compared to a more influential supervisor early in her career – a comparison that was frequently unfavorable, but taught her a great deal about being influential.

“Through reflection I realized that, while I had good ideas and excellent proposals for improvement, she was much more influential,” Walker said. “She was a better listener, she took time to tailor her message to her audience, and she engaged others tirelessly and selflessly in her solutions.

“Once I quit focusing so much on being right, I became more influential,” Walker said. “I believe that shift was a significant milestone in my professional success.”

Walker, an investor in early-stage technology firms, serves on the boards of several public and private companies. Before joining OPENAIR, she served as chief network officer for Sprint Nextel. Her accomplishments include leading the development and deployment of the first U.S. nationwide 3G network and being named to the first-ever Fierce Wireless “Top Women in Wireless” list. In 2013, Walker received the Alumni Merit Award from the Miner Alumni Association. She is a member of the Missouri S&T Women’s Hall of Fame.