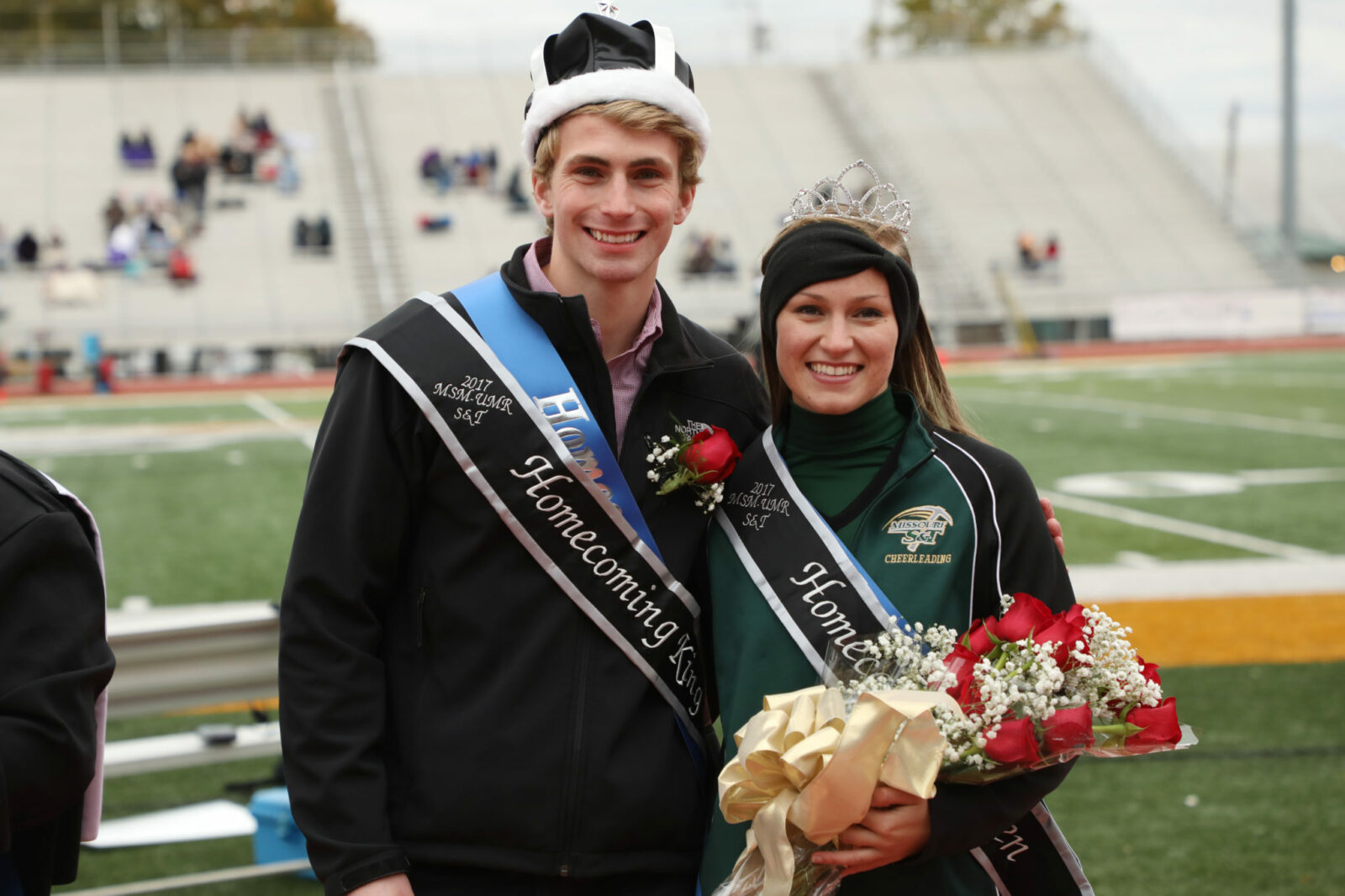 Missouri University of Science and Technology crowned the 2017 Homecoming Queen and King at halftime of the Oct. 28 football game between Missouri S&T and Southwest Baptist University.

First runner-up for 2017 Homecoming Queen was Nhu Thai, a sophomore in information science and technology from Ho Chi Minh City, Vietnam. She was nominated by the International Students Club. Second runner-up was Danielle Kalmer, a senior in mechanical engineering from New Baden, Illinois. Kalmer was nominated by Chi Omega.