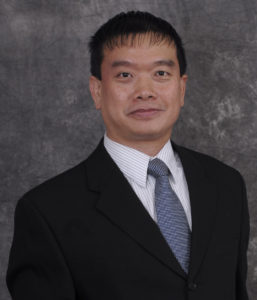 Two business and information technology professors at Missouri University of Science and Technology are among the most prolific management information system researchers in the world, according to a study by the University of Arizona.

The study assesses researchers based on their “h-index,” a metric commonly used to determine the productivity and impact of a scholar’s or scientist’s published work. Dr. Keng Siau’s h-index score of 47 ranks in the top 50 of management information system professors and researchers in the world, while Dr. Fiona Nah’s h-index score of 30 ranks in the top 140, according to the study. Siau is a professor and chair of the business and information technology department at Missouri S&T, and Nah is a professor in the same department.

A scholar with an index of h has published h papers, each of which has been cited by others at least h times.

“So, an h-index of seven indicates that seven papers by this author have been cited seven times,” says Sandeep Suntwal, a research associate in UA’s Artificial Intelligence Laboratory who complied the rankings. “Say an author has written three papers – paper one was cited 200 times, paper two was cited 150 times and paper three was cited two times. The author’s h-index would be two because the author has at least two papers that have been cited twice.

Siau has written more than 250 academic publications, and, according to Google Scholar, has more than 9,200 citation counts. Siau is editor-in-chief of the Journal of Database Management and North America regional editor for Requirements Engineering journal. He has also served as vice president of education for the Association of Information Systems (AIS).

He received the International Federation for Information Processing’s Outstanding Service Award in 2006, IBM Faculty Awards in 2006 and 2008, and an IBM Faculty Innovation Award in 2010.

Nah was recently named among the Top Women to Watch in Virtual Reality by Girls in Tech, a global non-profit focused on the engagement, education and empowerment of girls and women who are passionate about technology.

She is a co-founder of AIS’s Special Interest Group on Human-Computer Interaction (SIGHCI) and now serves on its advisory board. She received an Outstanding Service Award in 2005 and a Special Service Award in 2011 for her service and contributions to SIGHCI.

She received an Outstanding Teaching Commendation Award from Missouri S&T’s Global Learning in 2015 and is currently a co-principal investigator of a research grant from the National Science Foundation.