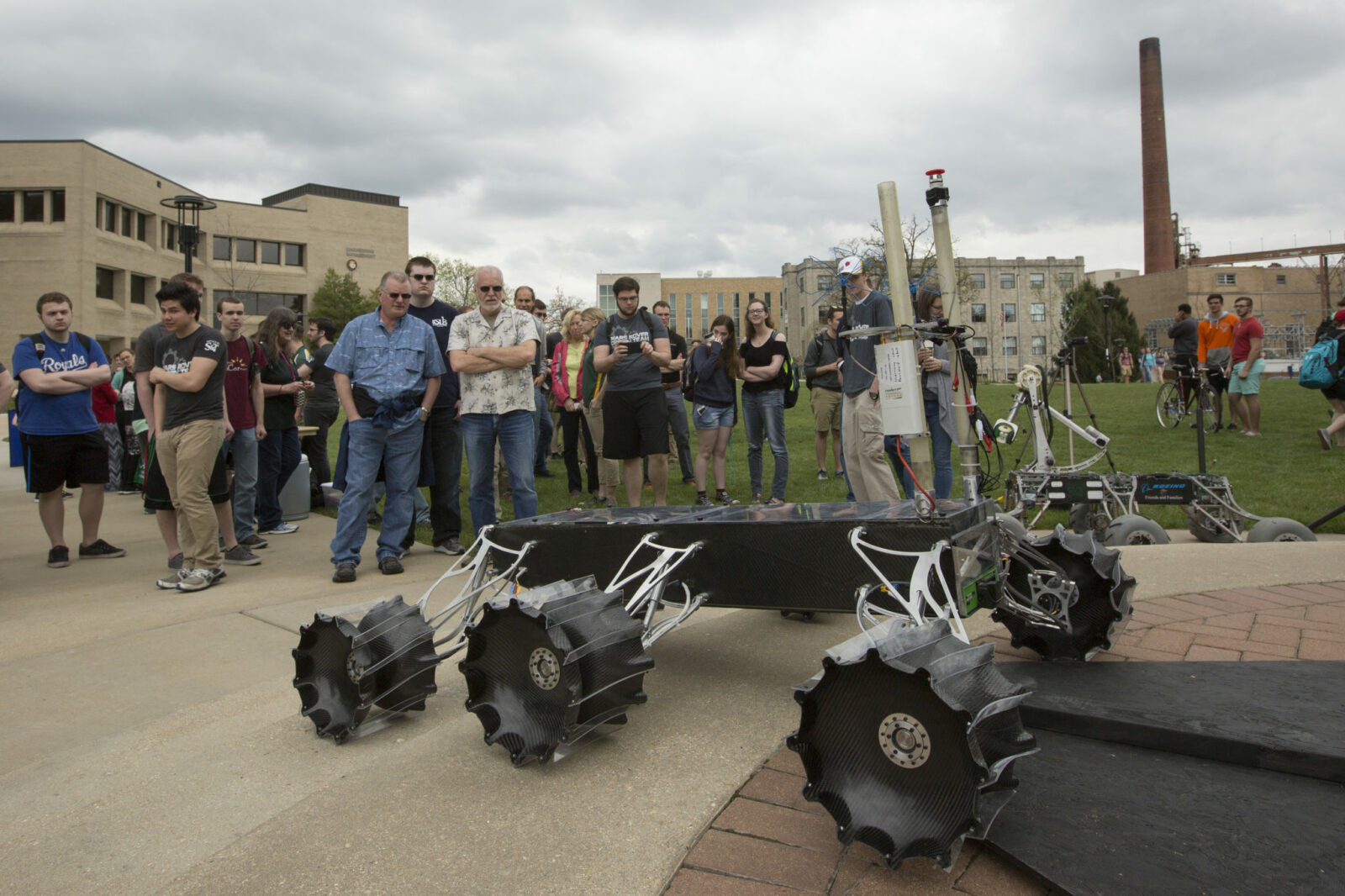 The Mars Rover Design Team revealed the 2016 rover outside of the Havener Center. Sam O’Keefe/Missouri S&T 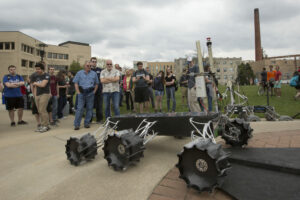 The Mars Rover Design Team at Missouri University of Science and Technology will unveil Gryphon, this year’s student-built rover, at a ceremony scheduled for noon Friday, March 3, in the Havener Center atrium.

The competition requires students to design and build the potential next generation of Mars rovers capable of working on the red planet and supporting future astronaut missions. Missouri S&T’s Mars Rover Design Team began work on its vehicle in the fall and is now testing and refining it in preparation for the competition. During the competition, teams will maneuver their rovers across rough terrain and complete a series of tasks. Teams will also present a technical report detailing the rover’s design specifications.