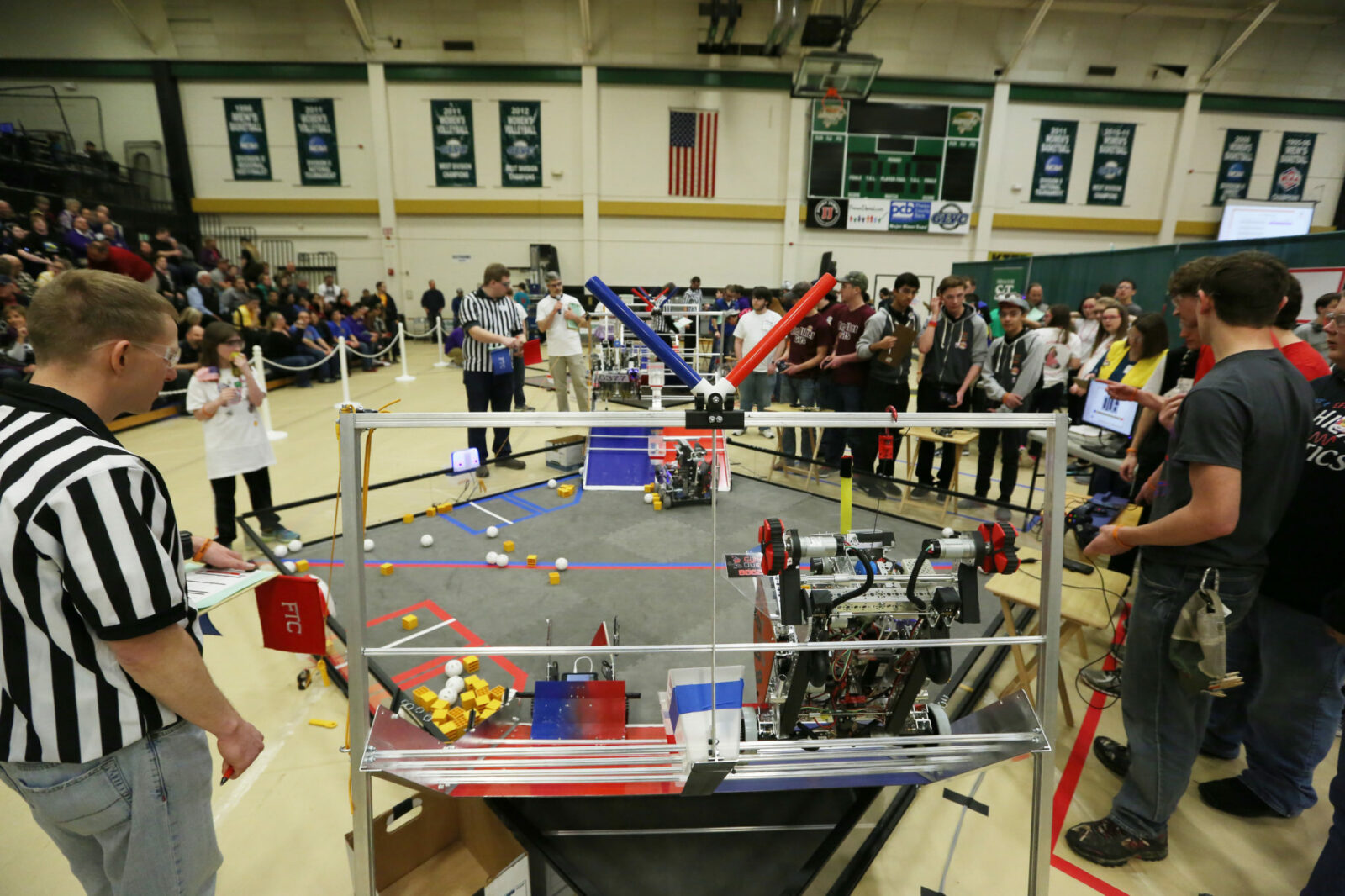 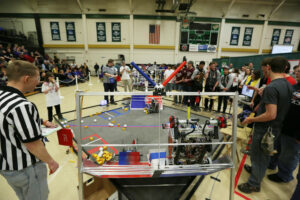 Hundreds of tech-savvy high school students from throughout Missouri and its surrounding states will put their robotic creations to the test on Saturday, March 4, during the FIRST Tech Challenge, a regional robotics championship for high school students hosted by Missouri University of Science and Technology.

Participants in this year’s competition – titled “Velocity Vortex” – will try to earn points by directing their robots to move various-sized balls around a court to meet specific goals. Each robot must also “park” in a specific location prior to the end of the match. A video of the game can be viewed at www.firstinspires.org/robotics/ftc/game-and-season.

Missouri S&T has hosted the FTC since 2011. Winners of the regional event will compete in the FTC Super-Regional for the North Region held March 30-April 1, in Cedar Rapids, Iowa. 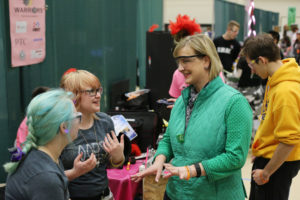 Chancellor Cheryl B. Schrader speaks with two students during the competition.

“Missouri S&T is proud of our longtime association with FIRST, and many of our current students participated in these robotics competitions when they were in high school,” says Dr. Cheryl B. Schrader, Missouri S&T chancellor. “Our mission of preparing students to solve society’s great challenges is in perfect alignment with FIRST. We look forward to hosting the FIRST Tech Challenge once again.”

For more information about FIRST and the FIRST Tech Challenge, visit firstinspires.org. To volunteer to help at the event, contact Linda Bright at brightlj@mst.edu.