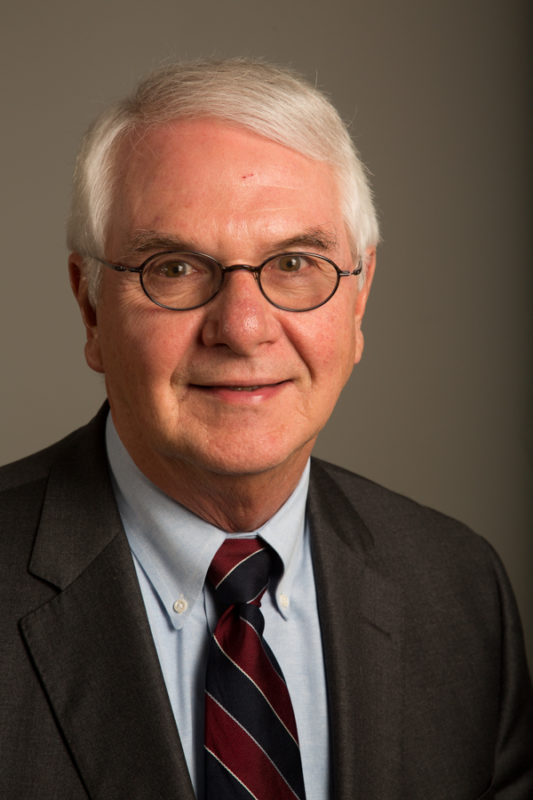 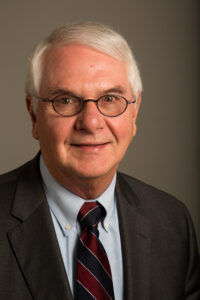 Thomas Voss will speak at commencement on Saturday, Dec. 17.

Thomas R. Voss, retired CEO of Ameren and a member of the University of Missouri System Board of Curators, will speak at two commencement ceremonies at Missouri University of Science and Technology this month. Voss is a 1969 electrical engineering graduate of Missouri S&T.

The first commencement ceremony, for all graduate candidates and undergraduate candidates in arts, business and science programs, will be held at 10 a.m. Saturday, Dec. 17. More than 400 degrees will be awarded during the 10 a.m. ceremony.

The second ceremony, for all undergraduate engineering candidates, will be held at 4 p.m. Saturday, Dec. 17. More than 380 degrees will be awarded during the 4 p.m. ceremony.

Voss was appointed to the UM System Board of Curators in 2016 by Gov. Jay Nixon.

Voss was elected chair of Smart Wires in 2014 after retiring as chair, president and chief executive officer of Ameren, a Fortune 500 company.

While employed with Ameren, Voss joined the U.S. Air Force (USAF) and served on active duty from 1969 to 1973. As a distinguished graduate of Officer Training School he became a commissioned officer. He held various engineering positions at the Aerospace Guidance and Metrology Center in Newark, Ohio, including liaison project manager between the Massachusetts Institute of Technology (MIT) and the USAF on an inertial guidance gyro improvement program. In addition, he managed an engineering laboratory during his service.

Voss is a registered professional engineer in Missouri and Illinois, as well as a licensed electrical contractor in St. Louis and St. Louis County. Voss has been a member of IEEE (the Institute of Electrical and Electronics Engineers) for more than 45 years. In 2011, he received the National Society of Professional Engineers’ Distinguished Service Award. He has also earned a U.S. Air Force Commendation Medal.

Voss received an Award of Professional Distinction in electrical engineering from S&T. He completed the Public Utility Executive Program at the University of Michigan Business School, the Westinghouse Advanced School in Power Systems Engineering accredited by Penn State University and Nuclear Reactor Training at MIT.

Voss serves on several St. Louis-area civic and arts organizations and currently serves as chair of Grand Center Inc., chair emeritus on the Dance St. Louis board of directors and a director for the Muny. He has been a champion of safety and diversity both within and beyond Ameren.